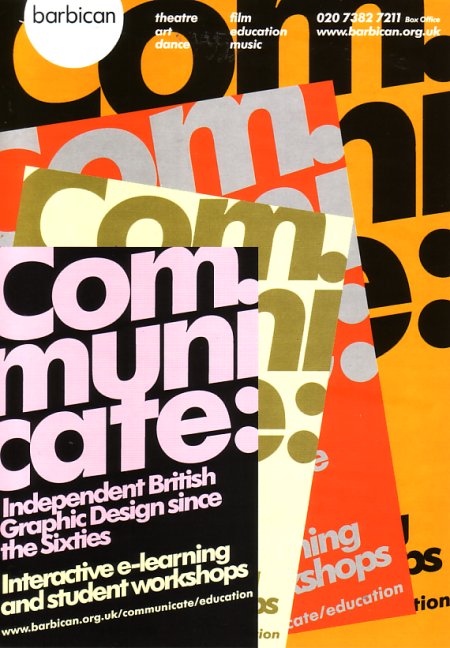 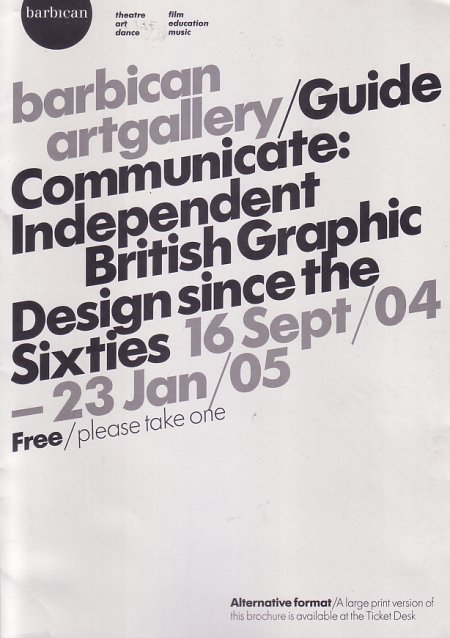 Communicate is curated by Rick Poynor and is featured in an article entitled 'Declaration of Independence' which appeared in the September issue of Creative Review magazine. 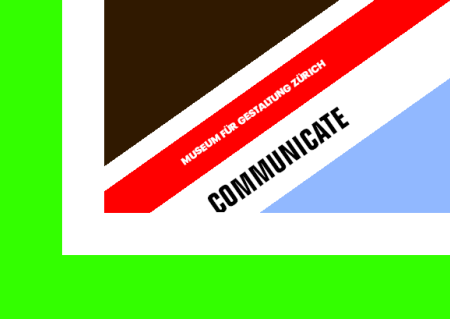 This excellent exhibition which was first shown at the Barbican in London from September 2004 until January 2005 has transferred to the Museum für Gestaltung (Museum for Design), Zürich from 18 March - 7 May 2006.

From the official museum website: "Great Britain frequently produces internationally outstanding graphic design. The exhibition charts the emergence of independent British graphic design over the last forty years and examines its influence on contemporary culture, particularly in relation to the publishing and music industries. It also highlights graphic design's place as a medium of protest in society, the significance of the web and the experimental work created by designers who aren't compromised by working to a commercial client's brief. Featuring album covers, magazines, book covers, identities, posters, music videos and web sites, the exhibition celebrates the achievements of designers as diverse as Alan Fletcher, Ken Garland, Michael English, Barney Bubbles, Peter Saville, Neville Brody, The Designer's Republic, Tomato, Fuel, Intro and Hi-ReS! An exhibition organised and toured by Barbican Art Galleries."

Hall
Ausstellungsstr. 60
Open:
Tue-Thu 10am to 8pm
Fri-Sun 10am to 5pm
Mondays closed 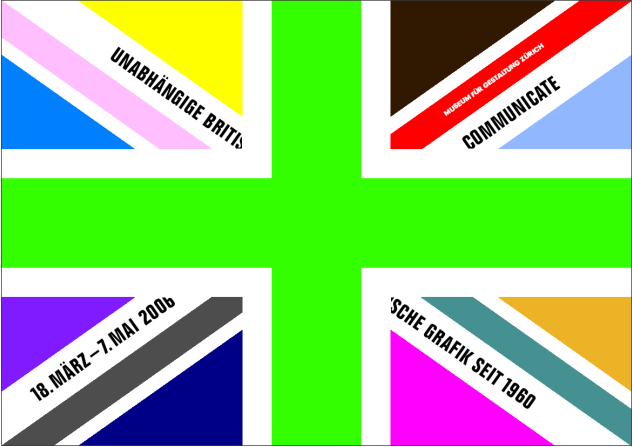 flyer for the exhibition at the Museum für Gestaltung, Zürich