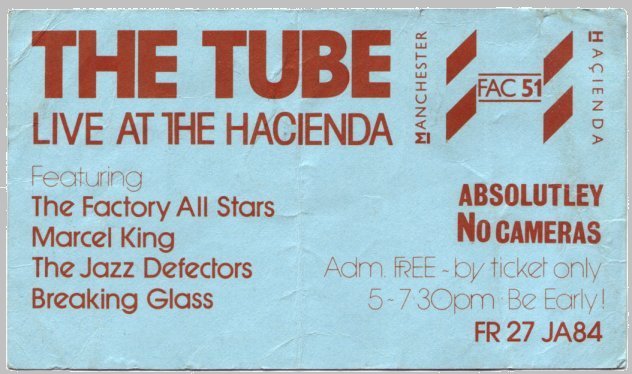 Madonna made her first appearance on British television on The Tube at the Hacienda (FAC 104) on Friday 27 January 1984. The whole programme was broadcast from the Hacienda and had a strong Factory theme. The Factory All-Stars featuring Bernard Sumner, Donald Johnson and members of various other Factory bands played at the end of the show with a selection of Factory classics. Backstage passes bearing the Factory catalogue number FAC 104 were also made.

Read The Guardian's article on FAC 104 (centring on Madonna's involvement).

Thanks to Kevin Cummins, OMNY for photography and Tim for media. 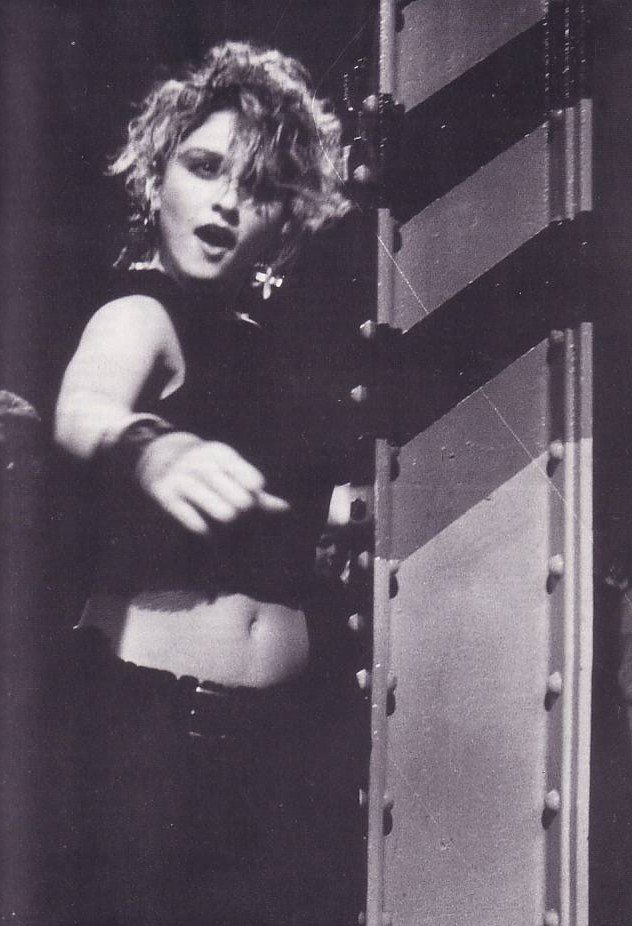 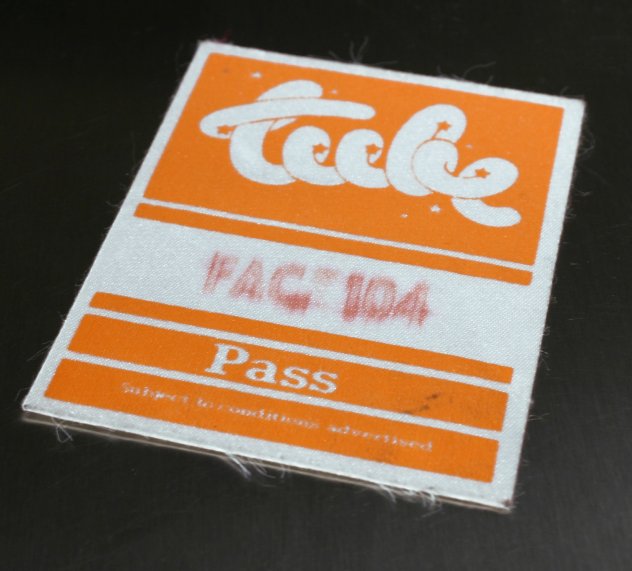 FAC 104 The Tube at FAC 51 the Hacienda; backstage pass with FAC 104 catalogue number