From the promotional flyer: A night fit to bursting with the history and future of alternative music.

Former stalwarts of Factory Records and instrumental in so much British soaked life of the city and his tour promises as bold an indie music of the last 15 years, Durutti Column move towards a heavily trance-influenced sound.

From Virginia, LaBradford have created a soundtrack for our times. Their albums A Stable Reference and LaBradford an electro-mix of brooding, Krautrock and dark ambience, hailed an important birth.

Pan Sonic are the main Arctic groovers, remixing for Bjork, recording an album breeds a quietly disturbing atmosphere. with Alan 'Suicide' Vega, creating avant-dubadelic electro-shag-fest and finally, importantly being 'the future of music' THE INDEPENDENT.

Bruce Gilbert and the CONET Project built a dense wall of noise using what appeared to be 'boxes with knobs on them'. This at a volume capable of moving your internal organs. Occasionally unbearable white noise it would change into rhythmic drones. This was a 'difficult' set for the listener. Indeed the steady stream out to the bar bore witness to this. Ultimately though this was exhilarating stuff. Further information on Bruce Gilbert at http://www.mutelibtech.com/mute/gilbert/gilbert.htm

In the way a radio DJ might play New York, New York after Anarchy In The UK the next set could not have provided more of a contrast. The solo harp of Cecilia Chailly with treatments from the mixing desk gave the chance to wind down after the aural apocalypse of Pan Sonic. She was playing 'Stanze' by Ludovico Einaudi (it says here). Tunes of simple cyclical structure on a modern electric harp were soothing but not in the way some anodyne New Age doodlings can be. 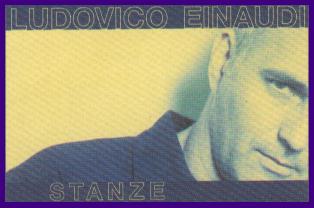 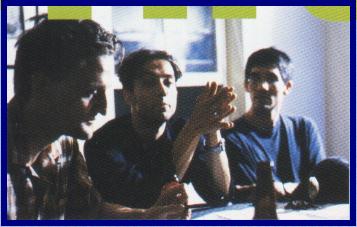 Shifting on stage unannounced and almost unnoticed, Labradford plugged in, studiously avoided making eye contact with the audience and set off on their journey. Using bass, guitar, keyboards and knob-twiddling (again) they played not what you'd call 'numbers' or 'songs' but a 'piece' lasting 20-30 minutes. They evoked comparisons with Angelo Badalamenti, My Bloody Valentine and later Talk Talk but ultimately they were out there on their own. A tape of background urban noise went in for the final section. The guitar was abandoned in favour of some serious effect-making. I could not see what was going on because he was crouched down in a corner facing away from the audience. LaBradford's stagecraft is certainly challenging and could never be called flamboyant. In time-honoured fashion the set reached a climax with band members leaving the stage one by one with the music still playing.

To the delight of the assembled ranks of the Bill Nelson Fan Club who were sat all around me, he casually appeared on stage. I must admit to not being one of the devout. My only knowledge comes through the odd collaboration I have heard. Songs had titles like 'Small Red Bird' and 'Hotel on Wheels' - it was difficult to forget the titles as each contained sampled dialogue from largely unknown sources each of which featured the title. Nelson played guitar in a wide range of styles, wah wah, rock, ebow, you name it he can play it. He also added xylophone and grand piano to this repertoire and sometimes played all three during the same song. The backing tracks, he told us, were completed the previous week in a partnership with Dreamchasers (or something like that). Halfway through he brought on Kate St John who played soprano, alto and tenor saxophone on a few tunes. As an introduction to Bill Nelson it made quite an impression. 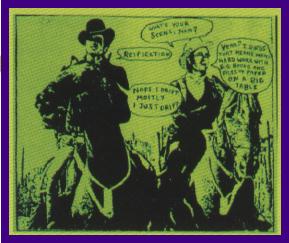 With his cool shuffle Vini Reilly, dressed in white T-shirt, jeans and sandals, came on stage and started with a solo guitar piece seated on the stage floor. He then made the first introductions of the night "we've got Bruce Mitchell as usual on drums, Keir Stewart who produced the new album which might get released at some time in the future on keyboards and we've got a DAT player". They played 'Otis' in a slightly different version which was warmly welcomed. The sampled voices were largely inaudible and Vini sang the "another sleepless night for me, another sleepless night" refrain. A new track followed with the same personnel. This had a good groove. Vini played 'Opera II' seated again and it was quite stunningly beautiful. Bruce and Keir had sloped off quietly to be replaced by John Metcalfe on viola to play a couple of duets with Vini. 'Tomorrow' merged into 'Jongleur Grey' featuring the eponymous Rob Gray (who had earlier been seen skirting the stage wings taking photographs) on harmonica. 'Jacqueline' was a tour de force with Bruce and Vini playing off each other and clearly enjoying themselves. An invigorating 'The Missing Boy' closed the set. A quick encore of 'Revolver' was described as "a bit of a free for all". Indeed, with all five on stage with Rob Grey on vocals they were just about a rock group. Vini left his guitar on an oscillating effect, waved to the audience and was gone.