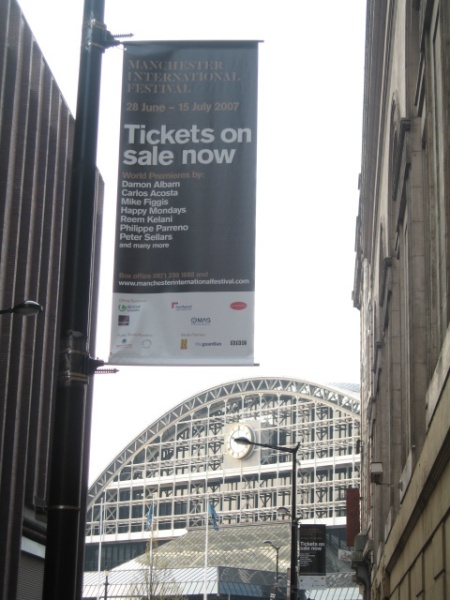 One of many banners erected around Manchester City Centre promoting ticket sales for the Manchester International Festival 2007.

The Festival will be screenings of footage of The Sex Pistols and The Buzzcocks at their historic Free Trade Hall gig on July 20, 1976, filmed by music legend Howard Devoto and a friend. The film has never been seen before and documents a show that helped to cement Manchester's place in musical history, influencing the likes of Joy Division, The Smiths, Simply Red and The Fall."

The live bands announced by festival director, Alex Poots (who was once associated with Factory Classical) include Happy Mondays and The Fall.

Thanks to OMMCR for spotting and imagery.