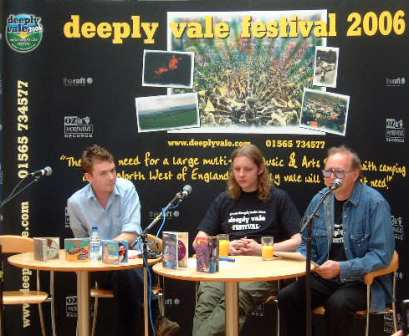 Chris Hewitt, organiser of the original Deeply Vale and Leigh (Fac 15) festivals of the late seventies, is hopefully teaming up with various bodies, including Rochdale Borough Council, to rerun the festival in July 2006 on part of the original site.

Some of the bands / performers that attended / performed in 1979 have already confirmed their willingness to play, including The Durutti Column, Fast Cars, Graham Massey, Steve Hillage and The Fall.

Further details of the gig itself, and a number of original Deeply Vale audio and video products are available at www.deeplyvale.com

2008 update: Deeply Vale 2006 never happened but hopes are high it will return one day