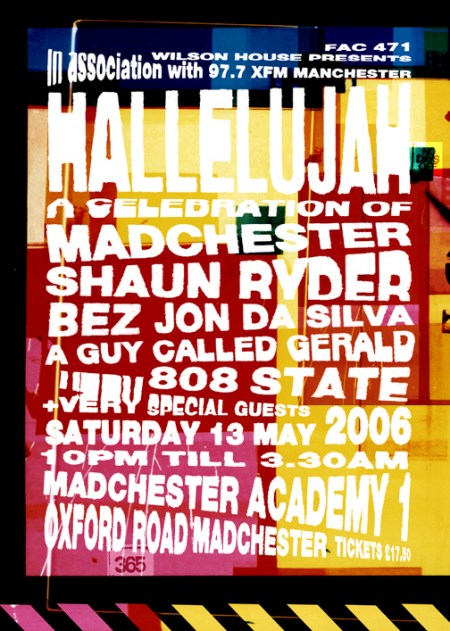 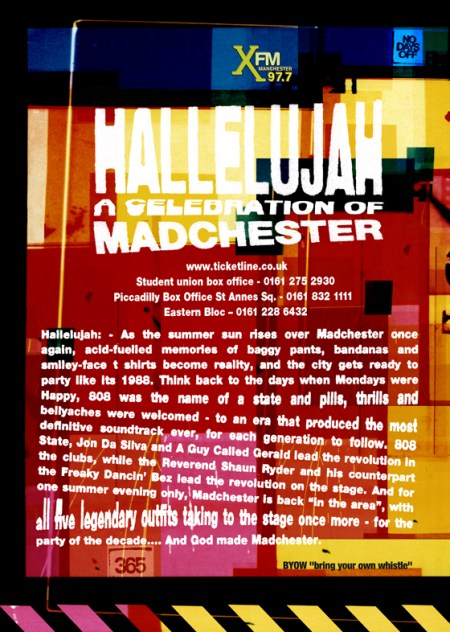 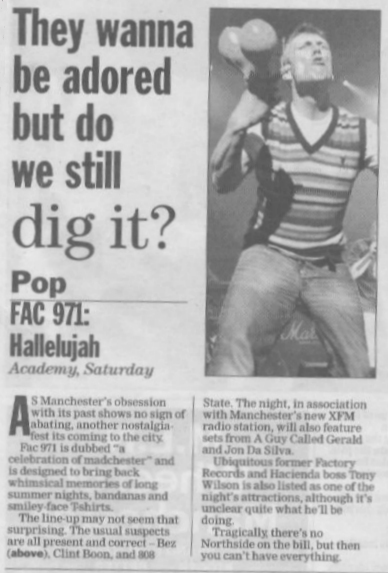 Hallelujah: - As the summer sun rises over Madchester once again, acid-fuelled memories of baggy pants, bandanas and smiley-face t shirts become reality, and the city gets ready to party like its 1988. Think back to the days when Mondays were Happy, 808 was the name of a state and pills, thrills and bellyaches were welcomed - to an era that produced the most definitive soundtrack ever, for each generation to follow. 808 State, Jon Da Silva and A Guy Called Gerald lead the revolution in the clubs, while the Reverend Shaun Ryder and his counterpart the Freaky Dancin' Bez lead the revolution on the stage. And for one summer evening only, Madchester is back "in the area", with all five legendary outfits taking to the stage once more - for the party of the decade... And God made Madchester.