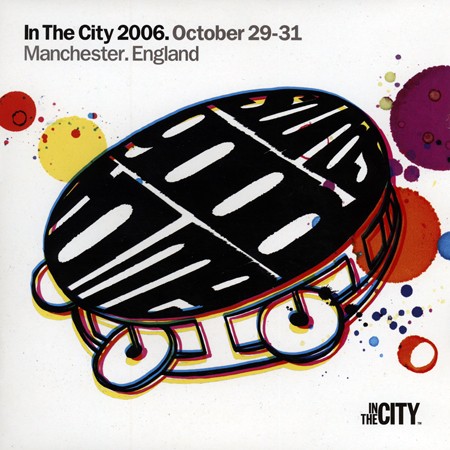 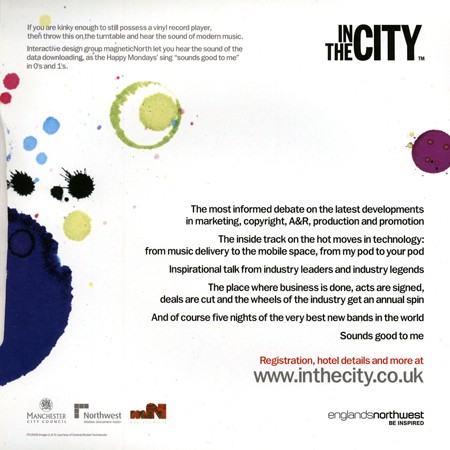 "This year's In The City direct mail invitation, which is being sent out to the music industry later this month, is in the form of seven-inch single. This may come as a surprise to the many who are aware of In The City's loud and proud championing of digital music since the mid-nineties when sister convention Interactive City was launched. However, fear not; this is no sell-out - the single-sided, collector's item features... the sound of a song being downloaded! If you haven't received your copy of the seven-inch single yet please let us know and we'll get one out to you right away." - AHW's explanation to delegates for this year's odd invitation format choice.

"Our slogan for 2006, and the name of our downloadable soundtrack this year is: "Sounds Good to Me," which is borrowed from my beloved Shaun Ryder. It's perfect because that's exactly how a lot of the music today makes us feel, and it's our job is to reflect our business and help, in whatever way we can, to take it forward." - AHW on the slogan that is a slogan.

Thanks to OMNY for imagery