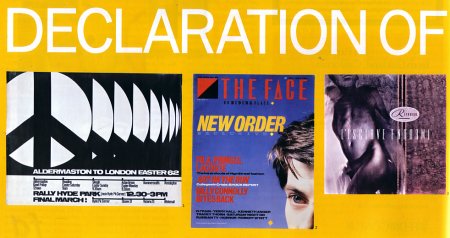 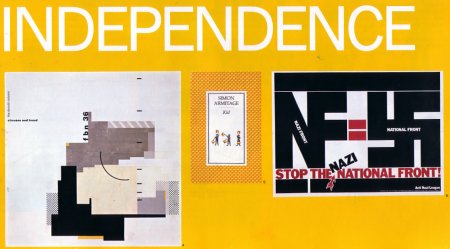 Declaration of Independence From Creative Review September 2004: "Much of the most innovative, influential and downright beautiful graphic design of the last 40 years has come from independent studios, says Rick Poynor. Which is why he made them the focus of a major exhibition of British graphic design opening in September 2004 at The Barbican."

The following extracts mention both Peter Saville and 8vo, two of the most important designers for Factory Records:

"The generation of designers that had arrived in the late 1970s on the coat tails of punk had exerted enormous influence both on the look of graphic design and on conceptions of how and where design might be used and the ways it could address its audiences. Peter Saville has received a great deal of credit in the last year for his contribution to these developments, but at the time it was Brody, enthroned at The Face, who was the more outspoken and influential figure, rapidly achieving international renown. Although he is slightly overlooked now, Vaughan Oliver, based at the independent record label 4AD, provided another luminous example of the sort of graphic vision that it was virtually impossible to achieve ensconced with the commercial mainstream."

It goes on: "The designers who made the running from the late 1980s - 8vo, Siobhan Keaney, Why Not Associates, Cartlidge Levene - followed by 1990s start-ups such as Jonathan Barnbrook, Graphic Thought Facility, Tomato, Fuel and North were able to operate in a communications landscape that was much more aware of the possibilities of design. They could work for a more varied range of clients than just record labels and style magazines."