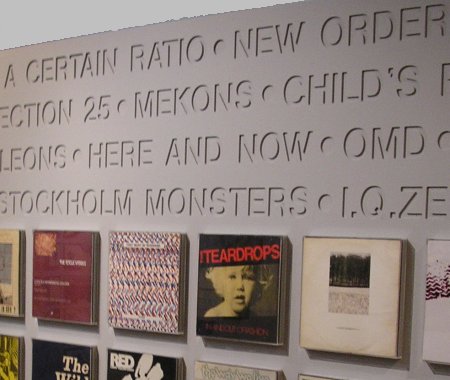 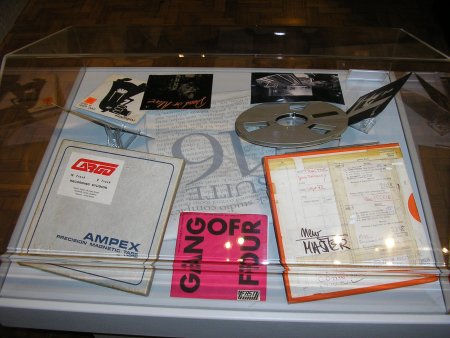 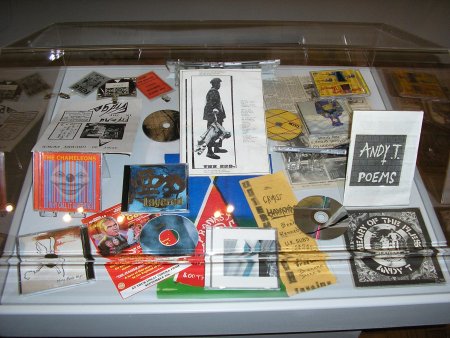 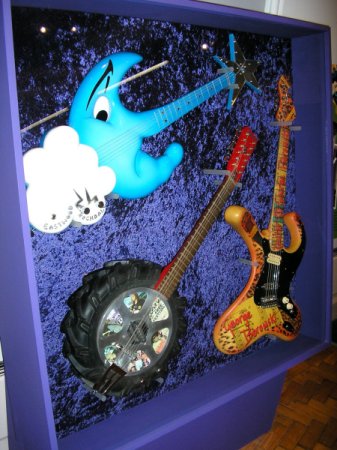 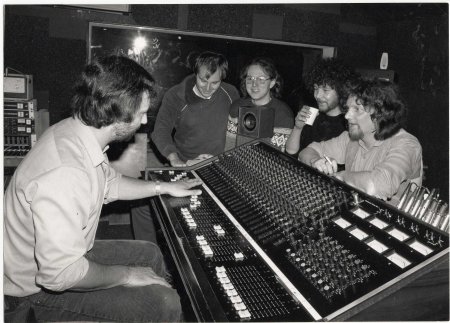 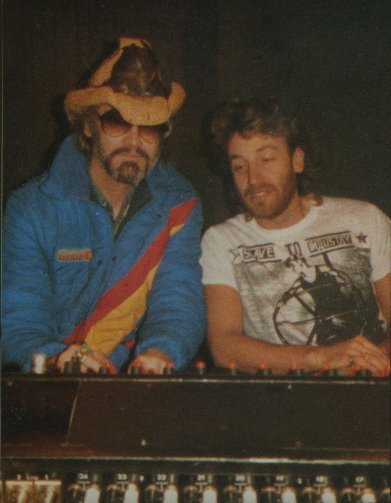 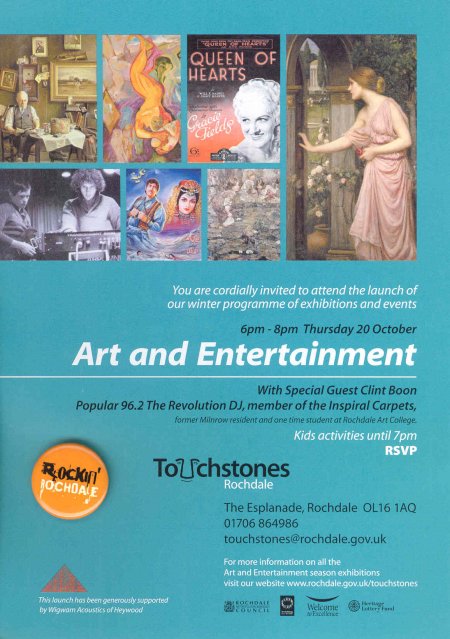 Rockin' Rochdale - a history of popular music Middleton to Milnrow

Which track on Sgt. Pepper's has a Rochdale connection? Who once made a single with boxer Prince Naseem? Which smash hit single was written by Alan Partridge's brother and where did Peter Hook meet PJ Proby? Uncover the answers to these and many more questions in an exhibition that features everything from 18th century musical concerts via Gracie Fields to the Deeply Vale rock festival and beyond.

Highlights already lined up for display in Rockin' Rochdale include unseen footage of the Deeply Vale music festival on a big screen, some rare guitars hand built in Rochdale- one especially for Top of The Pops, rare musical posters from the 1790s and memorabilia from the legendary Drake Street recording studios Cargo and Suite 16 that hosted the likes of New Order & Teardrop Explodes.

As well as viewing an extensive range of musical memorabilia there will be the opportunity to listen to music from local bands and hear interviews with important contributors to Rochdale's musical heritage. For the first time John Brierley speaks about what it was like to work on the recording of the legendary single ‘Atmosphere' with Joy Division and, from a different era, Heywood's famous band leader Eddy Hilton takes us back almost half a century to the great days of the dance halls.

To prove that Touchstones is a museum like no other there'll also be a look in to the future with a section on local bands who might just be 'The Next Big Thing'!

Speaking about the exhibition, David Pugh, Museum Access Officer at Touchstones Rochdale said, "This exhibition brings together some of most memorable musical moments in the borough's history providing an exciting insight into the cultural life of Rochdale, Heywood and Middleton over the last 200 years."

It is also an exhibition that will continue to grow after its has opened as David explained, "The history of popular music wasn't taken seriously by museums until recently and yet it is something that nearly everyone enjoys. Whilst researching this exhibition we've discovered just what a rich musical heritage our borough has. The public are bringing in new stories and donating new objects all the time. We are therefore designing part of the exhibition as a place where people can contribute their own musical memories and help to build up a unique history of the local music scene."

Owner of Ozit Morpheus Records Chris Hewitt, who has been one of the key researchers for the exhibition, added "At 51 and MD of a record and production company I look back on my years in Rochdale with affection. I have crossed paths again with so many people interwined in the Rochdale music scene whilst researching this exhibition. I went to primary school and junior school in Middleton with Bob Fisher and Martin Kay. Bob's dad would become legendary as sandwich supplier for the Bickershaw Festival; Bob would go on to be manager of Judge Happiness and the Mock Turtles. Martin and Bob ran Parish Bowman studios in Middleton for a while and Martin would go on to design sleeves for The Chameleons who would record in Cargo on Kenion St Rochdale above my music shop and would take Kieran Miskella who started off as a roadie for Tractor on tour as their sound engineer. In 1972 aged 17, I was promoting my first concerts in Rochdale and would use cut and paste artwork techniques for my concert flyers and then I would go to photocopy each one at 5p each on the only public photocopier back then- in the building where Touchstones is holding the exhibition in 2005/6 - coincidence? It was the reference library back in 1972 and I can recall trying to photocopy on that primitive machine a concert flyer I had put together with a really dark picture of the Pink Fairies on it - I was promoting them at the College Hall across the road on St Marys Gate - don't know how many 5p's I wasted trying to get the picture lighter on the flyer. That same year 1972 I teamed up with Jim Milne Steve Clayton and John Brierley [Tractor] just before their album was released and got into the Radio Luxembourg rock charts at no 18. I still manage the band now 33 years later and their albums continue to sell and last year their DVD of two 2003 concerts achieved ecstatic reviews all over the world. When John Peel sent the sales royalties for Tractor off to us in the early 70's we used them to buy better tape recorders, a mixing desk, studio and stage microphones and to set up several recording studios and a music shop, rehearsal rooms and a hire PA system. John Peel helped kickstart that whole local industry by financing the release of Jim Milne and Steve Clayton's songs. Other things that contributed towards that creative scene back then were the Art College and the Technical College, the Rochdale Sculptors, Axis Poetry Magazine, Axis bookshop, RAP, Henry and Eddie Kledjys with their Streetlife street theatre, the folk clubs of Rochdale - Jack and Mavis and Terry Christian, Tony Crabtree and all of that would also explode into Deeply Vale Festivals- the rest as they say is history".

The exhibition has been supported by Ozit Morpheus Records.

Touchstones Rochdale is located on the Esplanade in Rochdale town centre. The award winning Arts and Heritage Centre is open seven days a week, Monday to Friday 10am - 5.30pm and Saturday and Sunday 11am - 4.30pm. Entry is free. The Centre offers a museum, four art galleries, a heritage gallery, Tourist Information Centre, Local Studies Library, Café and shop with regular events and workshops. For further information ring 01706 864986 or visit the official website.

Though Manchester's contribution to the history of British music is well documented, many of the defining events actually happened in the outlying towns and cities that make up the urban conurbation sprawl that is modern Manchester.

Rockin' Rochdale, an exhibition in the excellent new Touchstones Gallery in Rochdale's centre, highlights the variety of ways the Dale has itself contributed to Manchester's rich musical heritage - from the brass and big band eras through Gracie Fields and Deeply Vale to Tractor and Cargo Studios.

Several hundred guests, including members of Tractor, Wilful Damage and Fast Cars, an appearance by local producer / engineer John Brierley and guitar maker extraordinaire Brian Eastwood, attended the preview last week (20 October 2005) at which the Lord Mayor of Rochdale formally opened the exhibition - assisted by Milnrow resident rocker Clint Boon with a plea that the hallowed ground of nearby Cargo Studios (vacant for several years) be purchased by Rochdale Council as a permenant space. Well, somebody should.

The exhibition continues until 23 April 2006

The crazy people who are putting on Deeply Vale Festival 2006 are staging an indoor concert at the Gracie Fields Theatre, Hudsons Walk off Sandy Lane, Rochdale on Friday 2 December 2005. Tickets are £8.00 in advance and £10.00 on the door.

As well as introducing / unveiling extra items into the Rockin' Rochdale Exhibition for the last couple of weeks on Saturday 8 April this will be a special event including John Crompton's and Bob Jones's film "The rise and fall of The Nosebleeds" a superb documentary about Manchester band Ed Banger and The Nosebleeds and rare film footage of Vini Reilly of The Durutti Column jamming with Martin Hannett and Steve Hopkins, Lisa Stansfield backed by Rochdale band The Directors posters the late and great blind Rochdale guitarist Tony Crabtree. Plus vintage poster from the Manchester Music scene of the 70's and 80's and live acoustic performances from Guitar George Borowski, The Cougars (unplugged acoustic blues), and Pete Farrow.

Many thanks to Chris @ Ozit Morpheus for info and media. Thanks to OMMCR for the review. 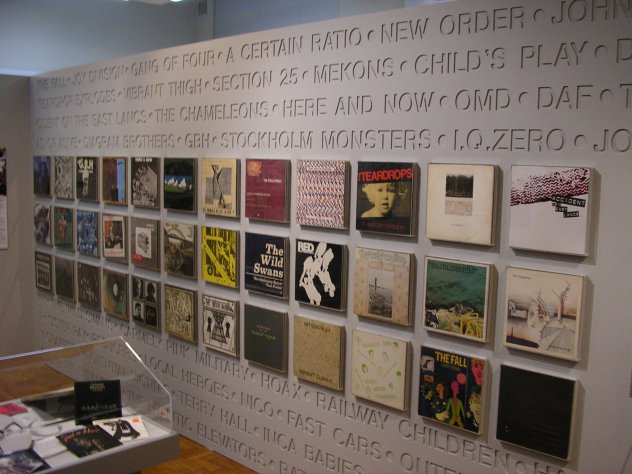 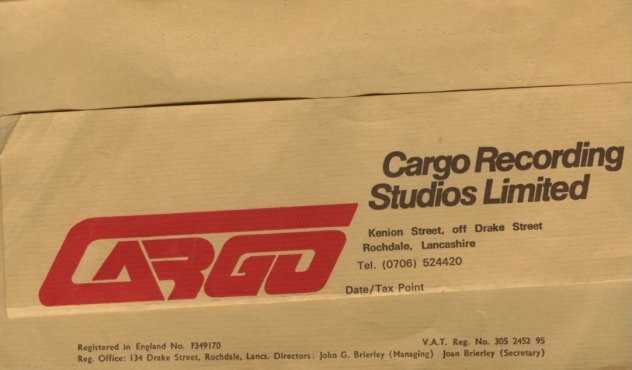 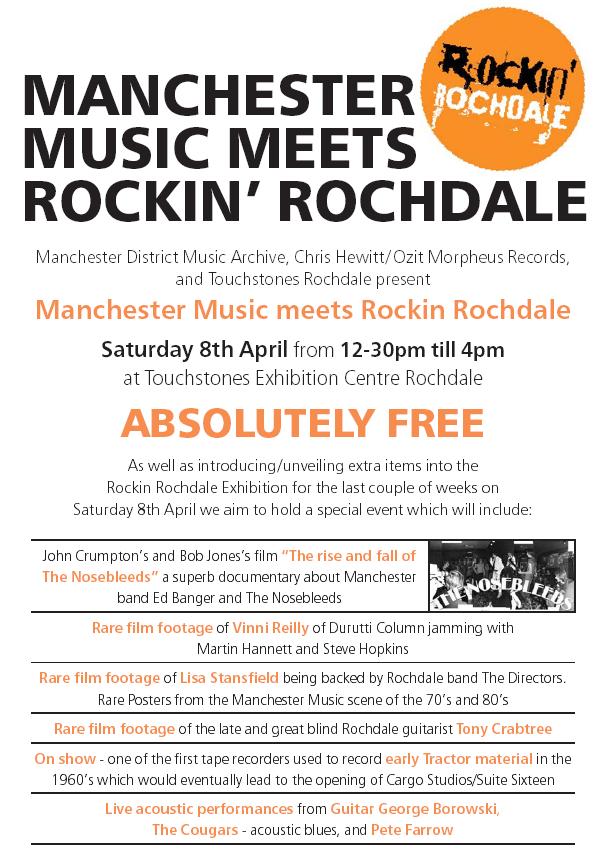