The difficult second issue? Well, not really... The graphic design direction of Scream City 2 was based on the style of a design classic publication which had always stuck with me and remains to this day a treasured possession - The Observer Book of Cricket. Not sure why I chose Cricket over Football or Automobiles but, unlike Scream City, The Observer series had a consistent graphic identity.
Having chosen the design model the next most important decision was the cover's subject material. I sent my concept to Cerysmatic/Scream City "in-house designer" Steven Hankinson and he mocked up the first "SCREAM CITY" variant of the Observer book using a photo by Peter Walsh as a placeholder.
As good as this looked, I for a more esoteric Hacienda-related image and decided on Anthony Blunt as seen on the cocktail list for the Gay Traitor bar at Fac 51 The Haçienda. Steven liked it and, much to my surprise, my dad liked it too. Steven did some 2x2 grid tests and Saville "Waste Picture" homage before we settled on the single image approach. Other elements of the included added textures and stains for that second hand book look.
The back cover continued the anagrammatical trend started with My Cat's Eric by Matt Carroll in issue one and featured Ace McRisty Private Detective who was a kinda Dick Tracy / Dick Barton Special Agent private detective ("dick") who gave us "intimate revelations of Manchester music". I envisaged him in the style of a old "boys own" comic character. The source image is a vintage copy of Private Detective comic. 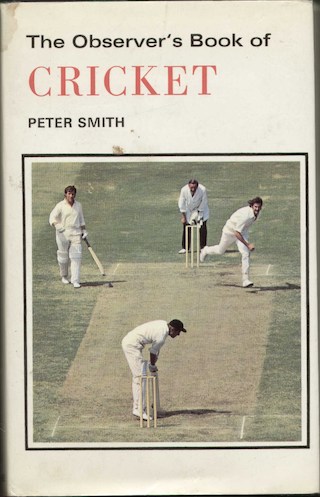 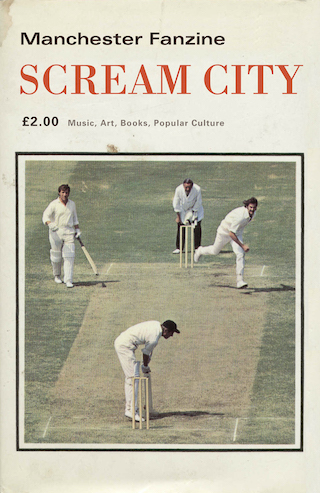 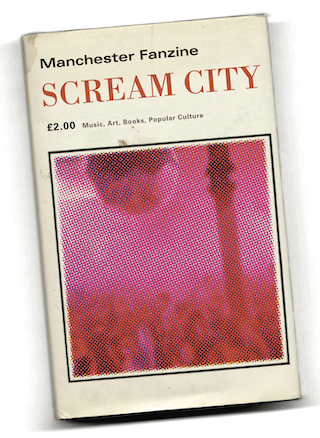 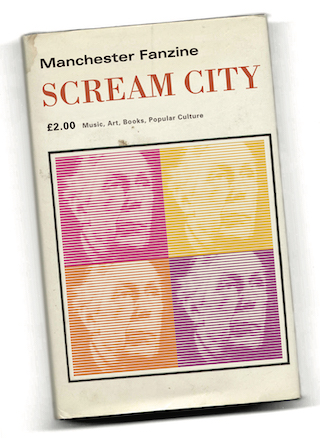 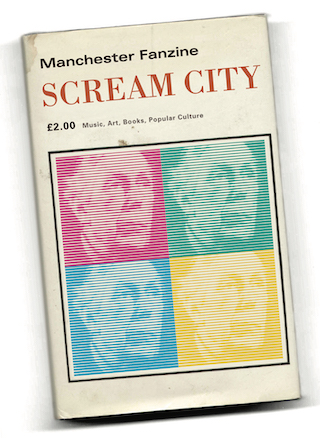 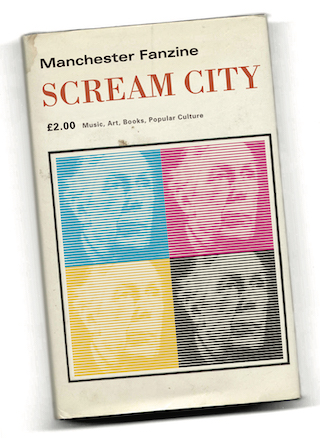 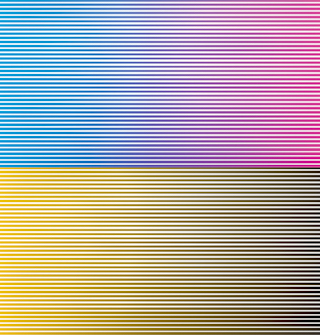 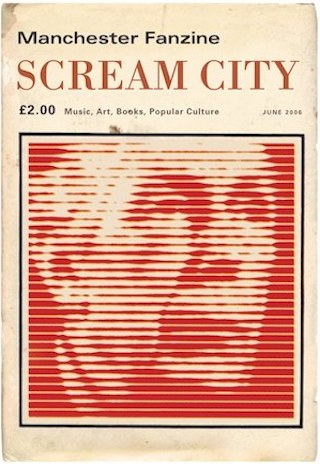 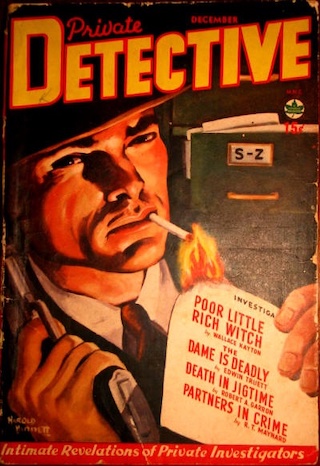 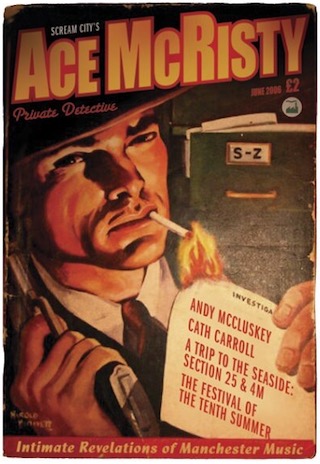