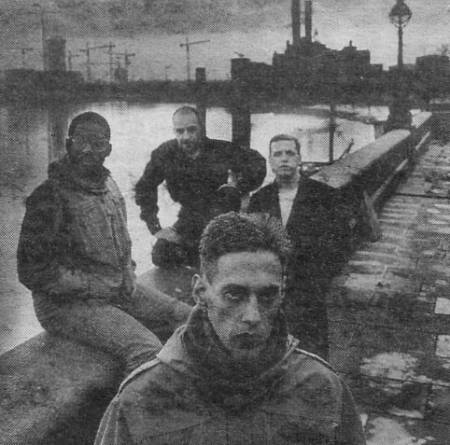 They brought us Joy Division, New Order, Happy Mondays, James, The Hacienda, hypothetical menstrual egg-timers and, erm, Shark Vegas. They invented labels with attitude, artiness and street suss. They gave Tony Wilson the opportunity to shout his mouth off about anything. They are Factory Records and Iestyn George salutes them.

Don't you just love Factory Records? That pretentious, pseudo-streetwise bastion of self-congratulation fronted by Anthony H Wilson, a man who has remained completely untainted by modesty throughout his 14-year reign as self-styled media assassin? Well, not really.

The problem with Factory is that, unlike other labels in this series of Little Cred Rosters, it's played an incredibly active role within its native community. Creation can continue to release all the Biff Bang Pow! concept singles it desires and 4AD has all the power in the world to issue wooden boxes with cute mini-CDs housed within - the joy of running an indie is catering to your own indulgences. Factory, however, places itself firmly in the public domain and, whilst it can be cited as one of the most influential cultural catalysts in the north-west over the last decade, it's also had to face a welter of bitterness and resentment, some deserved, some completely unwarranted.

Factory 'the label' was pre-dated by Factory 'the venue', housed at Manchester's Russell Club during 1978. The name was chosen by local actor Alan Erasmus (who has partnered Wilson throughout subsequent ventures) not, as generally accepted, in homage to Andy Warhol's New York art studio of the'60s, but for the simple reason that a big neon sign which read 'Factory for Sale' caught his eye while driving one day. 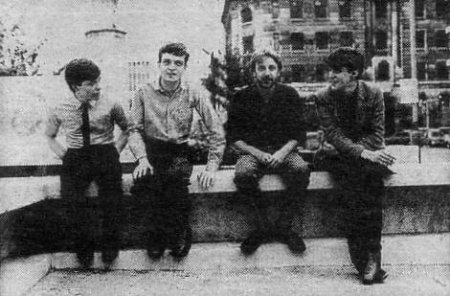 The label came about a few months later, in response to the rapidly flourishing music scene in the Manchester area and nearby Liverpool. The owners of the Russell Club believed the success of the Factory nights could be capitalised upon with the release of a twin 12" release featuring bands like Big In Japan, Manufactured Noise and Joy Division. Wilson and Erasmus took the initiative and recruited wayward local producer Martin Hannett and designer Peter Saville (who had previously worked with the pair on posters for The Russell Club). The format was shrunk to a more accommodating seven-inch size, and in January '79 the Factory sampler was issued featuring a revised line-up of Joy Division, The Durutti Column (managed at the time by Erasmus), John Dowie and ground-breaking Sheffield unit Cabaret Voltaire. Not bad for starters.

Based in Erasmus' modest flat in Palatine Road (hence the title of last year's four-volume Factory compilation), the label became noted for its eccentric marriage of left field music with a perverse knack for discography weirdness. A Certain Ratio, unsung Mancunian heroes to this very day, hit the racks during the summer of '79 with the jagged guitar storm of 'All Night Party', at the same time that Orchestral Manoeuvres In The Dark issued 'Electricity'. The latter outfit were ironically on the verge of splitting until Wilson was persuaded by his wife Lindsay to step in and save the day. Meanwhile, the company's headed notepaper was cited as Fac 7, followed by the legendary, but sadly fictional menstrual egg timer (Fac 8).

Factory's boldest step, however, was taken when Joy Division manager Rob Gretton (soon to be ensconced within the Factory framework as fifth partner) decided to issue the band's awesome debut LP 'Unknown Pleasures' through the Mancunian indie as opposed to US giant WEA. Although the album received mixed reviews in the music press, its release along with the subsequent single 'Transmission' set the stall for years to come. This was a label harnessed with nothing but the intent to produce ground-breaking NEW music. Its first year ended with the suitably ambitious launch of Factory's Brussels arm (aided by Belgian label Les Disques Du Crepescule) and the release of ACR's prototype indie-dance anthem 'Shack Up'.

If the early months demonstrated the unholy quintet's capacity for taking advantage of the opportunities around them, the following couple of years proved how tough they needed to be to survive. Joy Division hit the big time with what is regarded in many circles as the finest independent single ever released, 'Love Will Tear Us Apart'. It peaked just outside the Top Ten in August, but its release four months earlier had coincided with the tragic suicide of Ian Curtis. While the group's posthumous LP 'Closer' sat at Number Six in the LP charts, the company considered its future. In time, New Order were formed, played their debut shows in America prior to the recruitment of Gillian Gilbert, and Factory Records got serious and became Factory Communications Ltd.

Joy Division's 'Still' collection and New Order's 'Ceremony' 45 and 'Movement' LP provided the recorded highlights of '81, among less illustrious releases from the likes of the Minny Pops, Kevin Hewick and Stockholm Monsters. Plans were hatched, however, to start work on a nightclub affiliated to the Factory empire and eight months later the Hacienda opened its shutters to the general public - who were largely none too impressed by its steel-girdered interior. Matters had earlier come to the boil between the company and house producer Hannett (who was rumoured to have favoured building a studio rather than a club) and writ-slinging activities ensued, with unstabling effects on Factory's already stretched resources.

The first rumours of bankruptcy and closure spread across Manchester during '82, but the following year brought major league success to the label in the UK with New Order's multi-million selling single 'Blue Monday', followed by the album 'Power, Corruption and Lies'. There was also welcome critical acclaim in New York (where Factory had expanded in 1981) for acts that previously floundered domestically. Cabaret Voltaire, Quando Quango and Marcel King had all released great dancefloor orientated tracks to no avail at home, but found themselves to be the toast of hip clublife in the Big Apple.

Nineteen eighty-four was a quiet year. James, who had issued their quirky folk-pop debut 'Folklore' the previous year, languished, while the long-standing legal battle with former director Hannett was resolved and Rob Gretton's molar construction entered into the annals of history (Fac 99).

By this time, however, a bunch of itinerants from Little Hulton had become regular faces on the scene and at the end of '85 issued their first single, 'Delightful, This Feeling, Oasis' under the name Happy Mondays. Historically it eclipsed releases by Abecedarians, Red Turns To... and The (enduring) Wake, but failed to match the strident melody of James' 'Hymn From A Village' for sheer quality. James would have their day, but not on this label.

By this time, a movement towards minimalistic American dance music (ironically inspired by New Order and the Cabs) was evident in the Hacienda. Too early in the decade to have a clear influence on what would become renowned as 'Madchester', DJ (and member of Quando Quango) Mike Pickering became A&R man and (somewhat perversely) signed Gary Newby's guitar outfit The Railway Children. They issued their sublime debut, 'A Gentle Sound', followed by the warmly-received album 'Reunion Wilderness' and added to the label's commercial success during '87. New Order scored their first Top Five hit with 'True Faith' (after the equally impressive 'Bizarre Love Triangle' mysteriously failed to trouble the statisticians six months before) and the Mondays released their first LP 'Squirrel and G-Man 24 Hour Party People Plastic Face Carn't Smile (White Out). A Certain Ratio were the label's second departure of the year as they joined A&M for what turned out to be an uncomfortable one-album tenure. 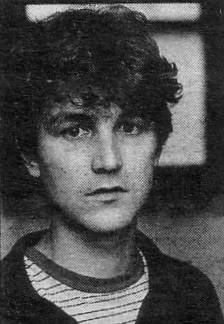 Investing in new office property in Princess Street, the move was delayed and both New York and Brussels headquarters closed down.. In the wake of more rumours of financial difficulties Factory suddenly got real. During the mid-'80s the company became less maverick, employing more sophisticated marketing techniques in line with the rest of the music industry. While this failed to dissuade James from jumping for US major Sire, other acts such as the Mondays and Cath Carroll signed the label's first ever written contracts and even New Order made an agreement to give six months notice before quitting Factory.

Happy Mondays' 'Bummed', an uncut diamond of a record, preceded New Order's first Number One album, 'Technique'. While the nation was caught under the spell of acid house and The Hacienda became a Mecca for dance music, Anthony H announced his resignation - temporarily of course - over a bet with Rob Gretton, who correctly predicted that New Order's 'Round and Round' 45 would fail to dent the upper echelons of the charts (Fac 252). It reached a humble Number 21.

The new era dawned for Factory with Happy Mondays' 'Wrote For Luck'. Employing the dance remix, if not for the first, but certainly the most effective occasion, the rode the giant wave of the balearic dance movement, Shaun Ryder and co becoming the unlikeliest of heroes to be adopted by the new pop generation.

In truth, it was The Hacienda, as opposed to the label, that became the focal point of events during this time. Alan Erasmus won acclaim for his burgeoning classical offshoot with agit-composer Steve Martland's 'Babi Yar' LP. Old faces like Kalima and The Durutti Column continued along their way, while Northside and Peter Hook's Revenge offered little in terms of musical inspiration. Happy Mondays ruled the roost with massive releases like 'Hallelujah', 'Step On' and the 'Pills 'N' Thrills And Bellyaches' LP, but even they weren't generating the kind of sales required to keep the organisation in the black.

Factory suddenly hit another rocky patch. As violence escalated in the area, the long-awaited face-off between The Hacienda and the authorities led to the closure of the club for months. Dry, the Oldham Street bar bought in 1987, also failed to generate a profit. Happy Mondays' wayward approach began to look like a potentially expensive liability, while signing The Wendys and The Adventure Babies did nothing to allay the doubters. Redundancies were forced upon the company and even a European licencing deal failed to shrink the list of creditors owed money.

All of which leaves us with the current state of play. We're told that a deal with London Records is imminent and, while it's bold to suggest that it looks likely to take the shape of a rescue package, there can be no denying that Factory's bargaining position is not at its strongest. Even the continued existence of the label's most bankable asset, New Order, is the subject of speculation in their native city. But as Stukely's quote in the 'Palatine' booklet proclaims: 'The inhabitants of Manchester are very kind and civil to their friends, but very stiff and resolute against their enemies... and very zealous in whatsoever they engage."

We await the next instalment of this gripping tale with breath firmly baited.