Happy Mondays > Monday's Child Is Still Mad For It (interview with Tony Wilson and Shaun Ryder, The Times, 21 August 2004 < History 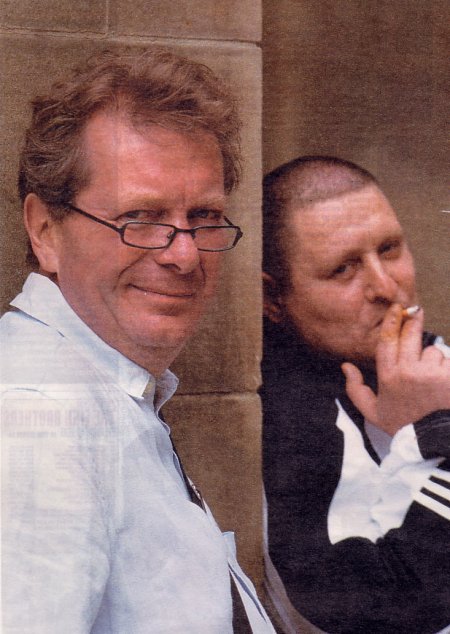 The Times on Saturday 21 August 2004 had a great interview with Tony Wilson and Shaun Ryder together with new and old pics by Kevin Cummins. Titled 'Monday's child still mad for it' it reviews the past and neatly tied in with Get Loaded In The Park which was the following day.

Shaun on the Happy Mondays back catalogue: "It has been years since I listened to some of our old songs. I was listening to Mad Cyril, and I had to ask Tony what it was! I could tell it was us, but I'd forgotten it. It were good, too. I don't know why I thought it was shit when I wrote it."

There's also a short guided tour of Kevin Cummins's finest Mondays photos [in the printed 'Eye' version of the article only] including a great Cummins anecdote: "Tony introduced me to Shaun by saying: 'Kevin's photographed the Sex Pistols and Ian Curtis'. Shaun goes: 'So what? They're fookin' dead!' I asked what they wanted, and they said: 'We want our picture taken with Rambo.'" 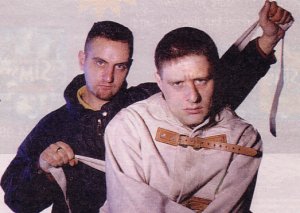 Shaun Ryder through the ages, as photographed by Kevin Cummins [5.]

1. First Mondays shoot; Manchester 1986 "Tony introduced me to Shaun by saying: 'Kevin's photographed the Sex Pistols and Ian Curtis'. Shaun goes; 'So what? They're fookin' dead!' I asked what they wanted, and they said: 'We want our picture taken with Rambo.'"

2. Bummed adverts, Manchester, 1988 "Although it's not a picture of the band, to me this captures the exuberance of that period. I know Factory owned the building, but it was such a bold gesture to cover it in Mondays posters."

3. Shaun on E Shock; Sitges, near Barcelona, 1990 "They had this sign on the roof spelling "HOTEL" in 8ft letters. I was shooting Shaun and Bez under the letters "HOT", but after half a roll of film I realised what the next letter of 'Hotel' was."

4. Drinkin' Thinkin'; New York, 1990 "Everything was going well for them: Pills, Thrills 'n' Bellyaches was a hit and the press loved them. Although only he and I knew it, the bottle in that bag was Perrier.

5. The Backlash Unleashed; Manchester, 1991 "This was a very difficult picture to do. All the middle-class journalists at the NME suddenly decided that they couldn't cope with working-class lads like the Mondays, so had turned against them. It was a simple idea - to show Shaun in a straitjacket, to represent how he felt tied up by the press."