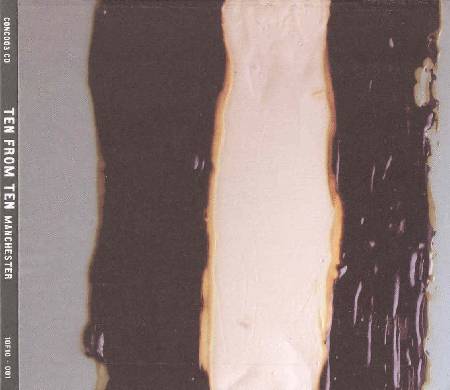 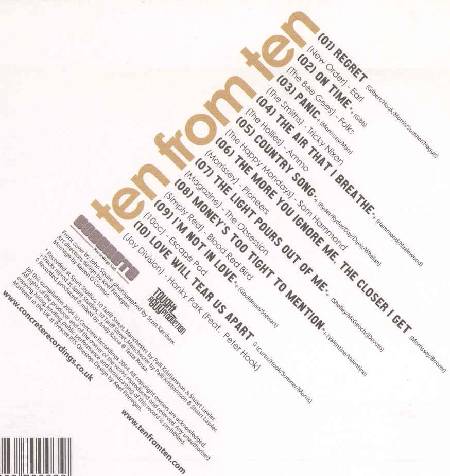 10 from 10 is a limited edition compilation album to be released on both CD and 12" vinyl. The tracks are all covers of Manchester songs by Manchester bands. It was recorded "on stolen studio time at Spirit studio in the heart and soul of Manchester". The launch party was on Wednesday 13 October 2004 at Mint followed by the official release on 1 November 2004.

01 Regret (New Order) Earl
02 On Time (The Bee Gees) Folks
03 Panic (The Smiths) Tricky Nixon
04 The Air That I Breathe (The Hollies) Ammo
05 Country Song (Happy Mondays) Sam Hammond
06 The More You Ignore Me, The Closer I Get (Morrissey) The Pioneers
07 The Light Pours Out Of Me (Magazine) The Obsession
08 Money's Too Tight To Mention (Simply Red) Blood Red Bird
09 I'm Not In Love (10cc) Escape Pod
10 Love Will Tear Us Apart (Joy Division) Hanky Park featuring Peter Hook

Hanky Park are (or were) a Salford band who have been a support act for New Order.