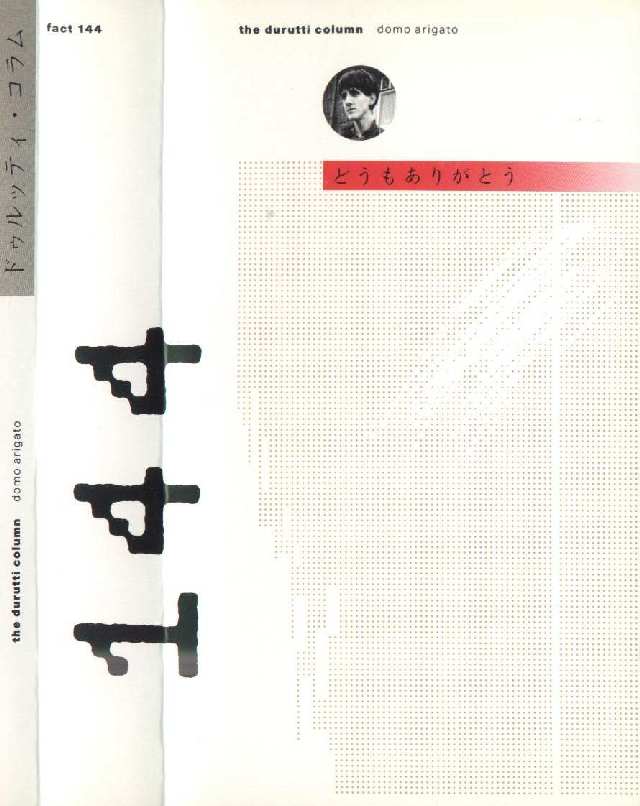 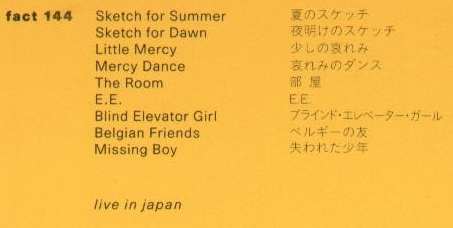 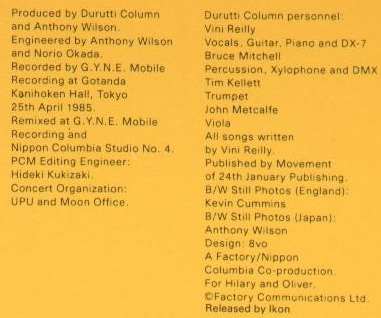 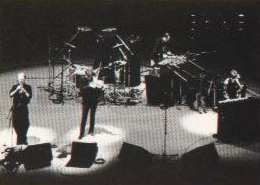 The suffixed catalogue number FACT 144v supposedly exists for this item too though it isn't printed anywhere - this is a different version of the sleeve to the one on Dennis Remmer's site, presumably because it's the English version, the soundtrack decidedly non-HiFi, non-stereo - just plain old normal mono. The soundtrack to this concert was also released on compact disc only as Facd 144. This was the first cd-only release of an album, apparently.

[13 January 2004] Domo Arigato has been re-released on VHS video by Screen Edge who own the rights to the Ikon video back catalogue.

The full story from the Cerysmatic Factory front page: "Thank you very much Screen Edge. The Domo Arigato video by The Durutti Column (originally released as FACT 144) is now available on VHS video from those nice people at Screen Edge, who have acquired the Ikon catalogue. Andrew James takes up the story: "Until recently, they had been missing covers for said item, but thanks to the generosity of John "Cerysmatic" Cooper [that's me, Ed.], who kindly loaned his original cover to Screen Edge for scanning, the video is once again available for the very reasonable price of 12.99 GBP for VHS (plus postage). Not quite an Ikon original, but the next best thing for idiots like me who passed it up first time around, and no silly eBay prices. See www.outlaw23.com for more info and addresses etc."