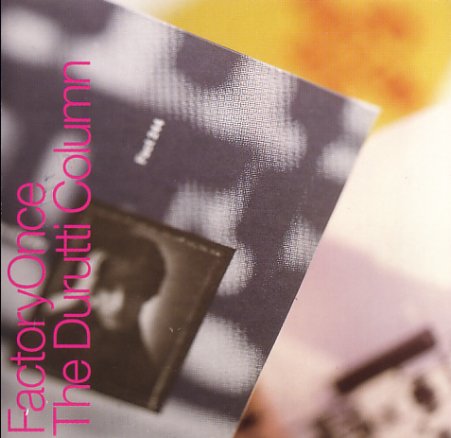 Recorded at Sam Therapy, Kensal; Island Studios, Hammersmith; Out Of The Blue, Manchester. Engineers: Stephen Street and Nick Garside. Thanks to Sounds Great, Stuart James and Piccadilly Records. Published by The Movement of the 24th January Publishing / Zomba Publishing.

He was in his Morrissey phase... there you go

The story of a sleeve: Vini wanted a photo on the cover for a change. He even had his hair done by Andrew Berry for the shoot. The print went off to Mark and the usual ground breaking 8vo sleeve was created. It's the sleeve you see on the cover of this CD: but it's the only time this sleeve has ever existed.

Mark Holt, Vini's graphics magician, founder of the legendary 8vo, thinks today that three weeks at the Woolhall working with the two Stephens on 'Viva Hate' had messed him up; "He was in his Morrissey phase, wanted the picture bigger... there you go."

It was one of Vin's legendary outbursts. Potential muggers have ended up in hospital after encounters with our Vin - he just loses it and the result is frightening for the mugger manqu&ecacute. Anyway, the Mark Holt sleeve was out, "Here's Bob Dylan, do it like that", said Vini. So we did. Mark was very understanding. And now for all of us, in particular, Vin, there is real pleasure that the wonderful rejected creation finally gets out ten vears later.

And then there's the story of how the sequencers of 'The Guitar and other Machines' grew Lip and got a baby brother, the Akai S500 sampler.

To be scrupulously fair, we know it's kind of hellish to stand there in front of a thousand people and just play the guitar. When there are things you just have to say.

It's expression and you can't forbid it; it's his dance.

And there are even Durutti fans who like Vini's singing. But they're off their heads. And there are things you can do, like get him a sampler and stand back.

Which is what we did, and we stood back in amazement.

On pieces like 'Otis' and 'Opera', Vini explored the new equipment in his own extremely individual fashion. 'Otis' was later used for a Pacific Bell TV ad in Northern Calfornia. Great, eh.?

For Vini, the ability to sample out the vocal tones from things he adored and then play them back into a piece of music via a keyboard was like letting a kid loose in FAO Schwarz.

Of course we didn't not have real singers now and again. Dear Miranda from New York worked on 'Paradise Passage Road', and it's worth expaining that Les Preger was next door neighbour to Bruce and one of the first members of the International Brigade to arrive in Spain back in the 30's.

Shortly after 'Vini Reilly', there was more stuff churning out of Vini's brain / sampler than Factory could ever release, So Vin gave a bunch of tracks to his mate Paul Miller who put them out as a the 'Sporadic Recordings' the 6 tracks here are Vini's favourites from that release. 'Shirt No.7, incidentally, was written for the Durutti's friend Pat Nevin, in the good old days before football was hip. Ths one's still for you, Pat.

With thanks to Tony, Bruce. With love to Rachel.