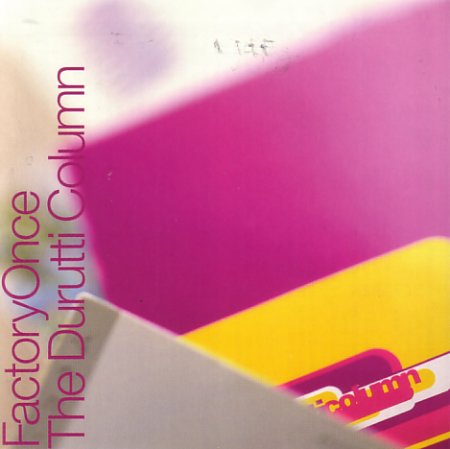 The Together Mix
Fridays (Up-Person Mix)

All tracks written by Vini Reilly.

Drums on 'Art and Freight' by Bruce Mitchell.

Computed and Engineered by Paul Miller at Home, except 'Contra-indications' computed and engineered by Andy Robinson at Spirit Studios. Hypnosis and medication by Sydney Gottlieb. Food and relaxation by Dry.

The Together Mix, written by Vini Reilly. Remixed by Together. A Factory Communications Record 1990.

With thanks to Tony, Bruce, Graphic Magicians: 8vo, London

Absolutely in the middle of it

"I have but an hour of love, of worldly matters and direction to spend with thee: we must obey the time."

The titles of Vini's albums and even the tracks themselves come from tne oddest places. There's the easy way out: the female first name of the muse of the moment, from Katharine to Pol in G (sorry Pol, you were more than a moment), and all the rest.

Other times Vin would have something in mind and other times, I, as one third of his management would flirt around with my latest obsessions looking for a connection with Vini's pieces.

Part of this aesthetic derives from Italian directors in general and Pasolini in particular who loved having different actors dub the voices on his movies and almost intentionally doing the dubbing badly so there was a creative tension between the physical performance and the vocal performance; for the Durutti Column, there's usually some interesting stuff in the space between the title and the piece.

The title of this album came screaming off the TV screen in somebody's version of Othello' and captured exactly the feel of the work in progress. We were in the middle of the Aceeed explosion: if you lived in Manchester, you were absolutely in the middle of it. Vini, like the rest of us, has lost the ability to age or atrophy, and enjoyed the party.

He even explained why house made keyboards sound so fresh something to do with a chord being played with three or four notes into the sampler but then different chords being triggered by a single key stroke; creating mathematical harmonic relationships "which Schoenberg had searched for but never found".

In experimenting with certain beats and ideas, Vini was indeed obeying the time.

We're including as a bonus track here something that comes from the late 90's. But we submit it as a most recent example of Vini 'obeying' the time and as such connecting to the music of this period and taking us up to where the ripples of 88 still make interesting patterns on the shore.

The producer of his 1998 album, Kier, (another full-blown genius who also tried to get Vini to stop singing and met the same fate as everybody else) did this remix of My Last Kiss: sorta post-trance, sub-jungle, retro-ambient, or something. It's called 'Kiss of Def' which is partly taking the piss out of Barney's HIV lyric and partly just a cool title.

We were going to give it to Glenn and Jeff at Trade Two who were looking forward to putting it on their club label, but it got snared up with the lawyers on both sides.

And then, going back to 1990, there was Together, the 'Hardeore Uproar' cultish and soon-to-be massive dance duo who did the 'Together' remix; two fantastic kids, one with the ability to sing nasally out of the side of his mouth and the other, another young Kier, brightest eyes of any engineer you'd meet back in 1990. He died that Summer in Ibiza. Bicycle accident. Fucking tragic.

That Summer I was in Varenna, a small village on the banks of Lake Como, and Vini was short on titles for the pieces on this album, many of them emerging from mathematical / harmonic or technological inspiration rather than lovers he could name them after. So Vin let me take some of the titles from my experiences in Varenna. 'The Warmest Rain', indeed.