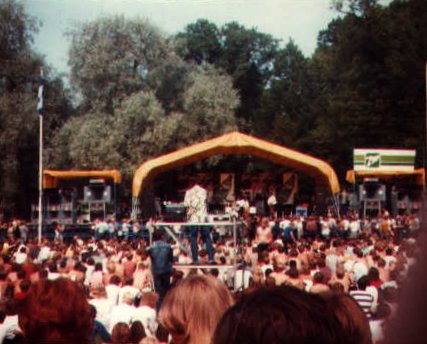 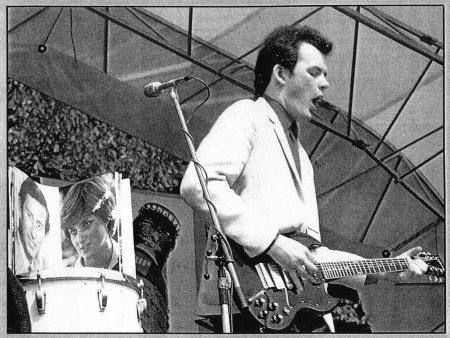 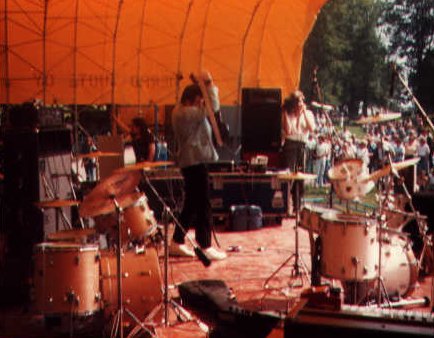 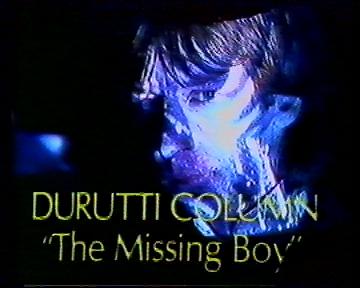 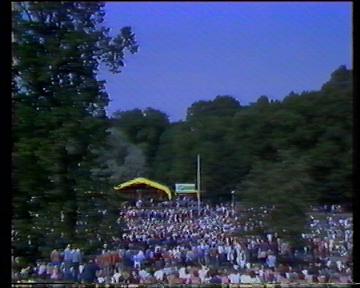 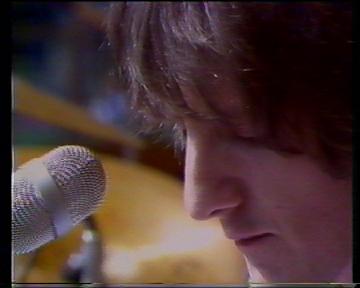 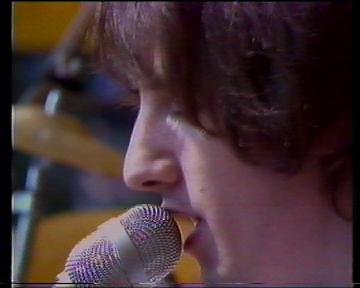 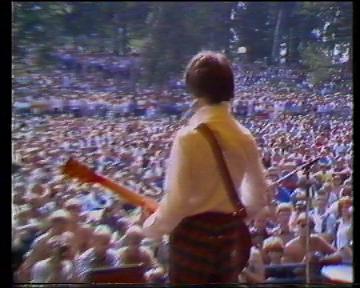 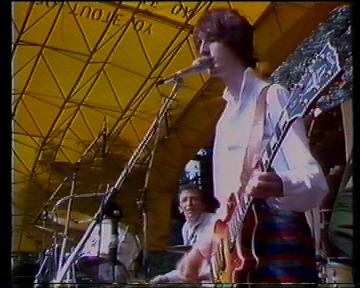 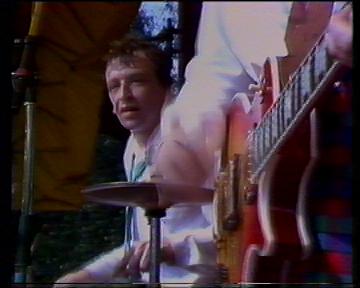 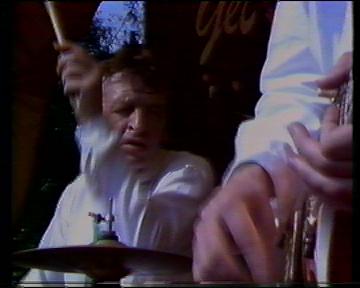 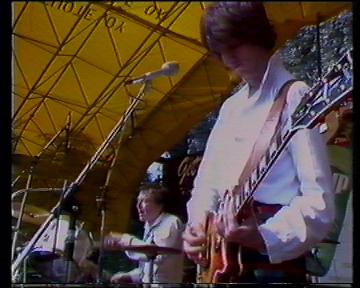 Oh heck - Finland! Yes, very nice how you've presented it. It all looks quite impressive as if it was a great event. It was actually. You couldn't have done it in England because they'd have thrown bottles and stuff. Everybody thought it was the punk thing to do and by 1980 that side of things had lapsed into self parody.

The Finns were lovely people, great fans of the UK music scene and very pleased to have us playing there. The Kaviopuisto Park concerts were held every Sunday - Paul Jones and The Blues Band had done the one before.

Ratio, now with American Tilly on vocals with Simon Topping, were at their height of that era, extraordinarily good live - Donald Johnson just shone and seemed to steer it, really he was the most talented of any of the bands. I honestly think Tony missed out on a developing a talent who could have been a major artist in his own right - I'm sure Donald himself would laugh at that notion! Vini was a frail little bird, a mournful fellow who I loved dearly. On the 'plane back I sat next to him and he was about fading away.

On the plane to there I'd sat with Tony. Tony: "I'm having a Cointreau do you want one?" Me (betraying my council estate roots) "Whats a Cointreau?". Ah, if only I'd have said "What's a fookin' Cointreau". Tony would have hailed me as the greatest poet since Keats and there'd have been no Shaun Ryder.

There were also 2 shows at a grand 18th century building called The Old Student House and New Order had done there too. Someone said New Order actually weren't very good at their Old Student House show - see, already paying the price of not getting me in on vocals after all!

We stayed at a big hotel, 'The American Hotel', with a great bar in the round - astonishing buffet breakfast served there too. I shared a room with Donald Johnson and John Hollingsworth who later became 2nd in command at Warners UK A&R and, with Margaret Thatcher was to blame for the Eighties,(he gave us Howard Jones and the like) slept on our floor. He'd hitch-hiked there using me as a way to get to Wilson. Of course when John did get to the top from Cherry Red records (he failed to worm his way in at Factory) to Warners friends like me and Eyeless in Gaza were dropped like hot spuds.

15,000 people! I never faced so many before, never again. A glorious summer day - though the nights were also filled with sunshine, 2AM on the park like 2PM in England and it all felt so safe, no hassle with anyone, nothing like that.

Of course we also did my awful "Ophelias Drinking Song" vid on this island by the Baltic Sea. Donald on camera directing and Tony, well just shouting at me really and Hollingsworth and I arguing and these two Finnish girls following us around as we filmed - Pirjo, Paivi. We kept in touch quite a few years after.

It all seems a dream now and before I knew it we were flying over a Union Jack bedecked London ready for Charles and Diana to get married the next day and Vini was fading away in that seat next to me.

Bruce I spoke to a lot, great man. Vin wouldn't have spoke if I hadn't - well, to be fair he seemed to have not noticed it was me even when I introduced them onstage. It was like the 21 years of silence had been 21 days. I was very touched to be able to speak with him again. I gave him my card, he said he'd ring, and of course he never has.

On the outward journey from Heathrow we found ourselves in the next queue to UB40!

Did I mention the on return there was a very distressing scene invoving ACR singer Tilly who held an American passport - immigration wouldn't let her back in the UK. From what I saw of how they dealt with her, an American - our supposed friends - I wondered how they'd treat African or Asians. I recall a rude, aggressive approach that had the poor woman in tears.

In the end I drove through London with Alan Erasmus. If Alans an enigma now, well, back then he was great fun to be with and my favourite memory is of driving through London on the eve of THE Royal Wedding - union jacks EVERYWHERE - with a preview tape of Section 25's "Always Now" blasting out the car stereo - of course it was still about a year away from actually coming out on Factory - and, as we waited at the traffic lights Alan said - "Look there's Doyle" (charecter from a popular tough guy TV show very popular in the UK then "The Professionals") and there, in a rather cool looking sports car, was Martin Shaw. "HEY DOYLE!" Alan called. Shaw laughed and waved and zoomed off. I was once with Durutti Column in their van after a London gig and we stopped at a petrol station and there was a car that looked like a rocket and who should be coming across the forecourt to it but Gary Numan! "HEY GARY!" we called. He laughed got in and zoomed off too!

Thanks very much to Kevin Hewick for the photos and the magazine article. 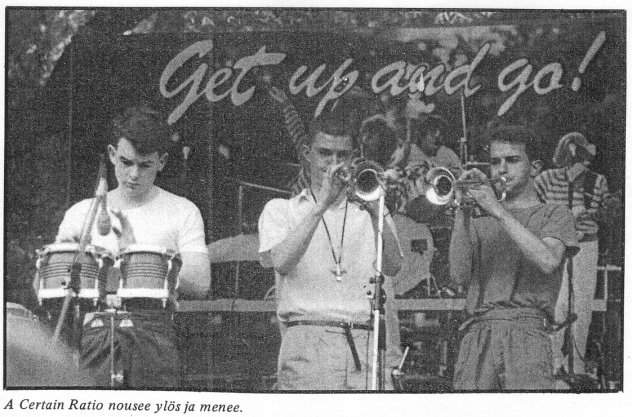 Review (in Finnish) from Soundi magazine. 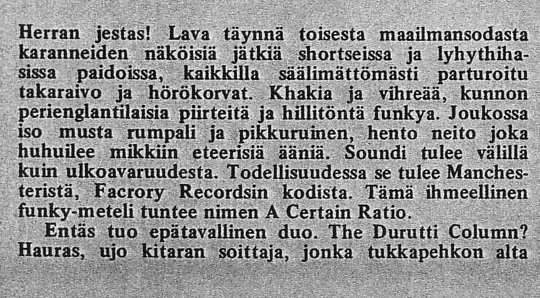 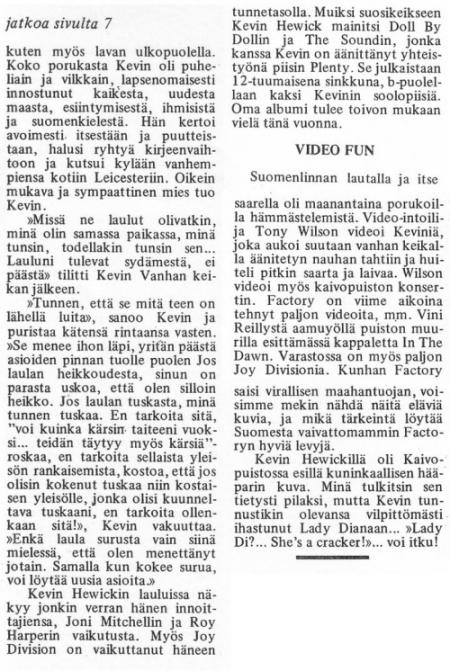