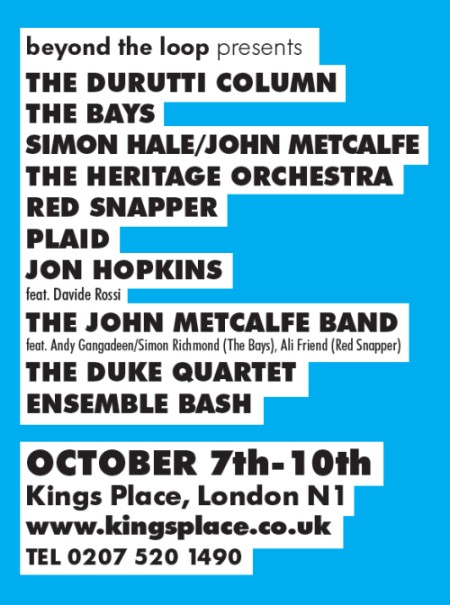 The Durutti Column live - Beyond The Loop, 9 October 2009; advert in Time Out

Beyond The Loop
October 7-10

"British mould-breakers blurring the edges of electronic and contemporary music"

This was a great gig, or, to be more accurate, "concert". The Durutti Column made their debut at the prestigious Kings Place in London on Day 3 of John Metcalfe's Beyond The Loop series. This was also the London premiere of A Paean To Wilson, the concept album written in tribute to the late Tony Wilson.

The venue design and acoustics were amazing with the unamplified Duke Quartet (featuring John Metcalfe on viola) sounding crisp and clear for the first part of the double-header. The Duke's programme comprised Kevin Volans String Quartet No. 2 Hunting: Gathering, followed by String Quartet in 4 Parts by John Cage.

Starting promptly at 9pm, The Durutti Column comprising Vini Reilly, Bruce Mitchell, Keir Stewart, John Metcalfe and Tim Kellett came on stage. Vini briefly introduced the work and thanked everyone for coming. And then the (largely hidden) sound system kicked in. The performance of A Paean To Wilson (the fourth ever) was slightly different from those at MIF and on the album itself. Notably Quatro, track 3 on the album CD (which was on sale in the foyer from the Kooky Boys), was demoted several tracks down the list. Also, Brother was performed largely without samples. The whole performance was enthralling but stand-out tracks were Chant, Duet With Piano and How Unbelievable.. There was one encore, a very loud instrumental version of Requiem for Mother with everyone on stage.

There were a few empty seats despite it being sold out and although some of those were latecomers caught out by the "let's start on time" policy there were a few no-shows. Even so there were a good 400 people there to witness a great evening.

A Paean To Wilson
--
Requiem for Mother (instrumental version) 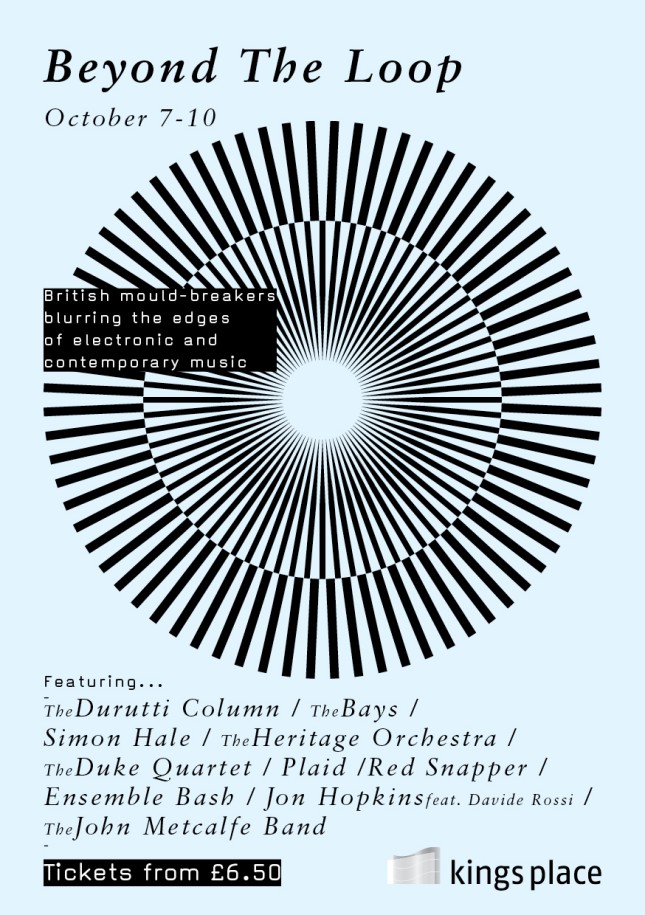 The Durutti Column live - Beyond The Loop, 9 October 2009; flyer