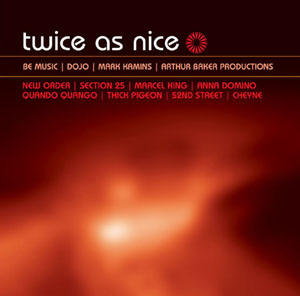 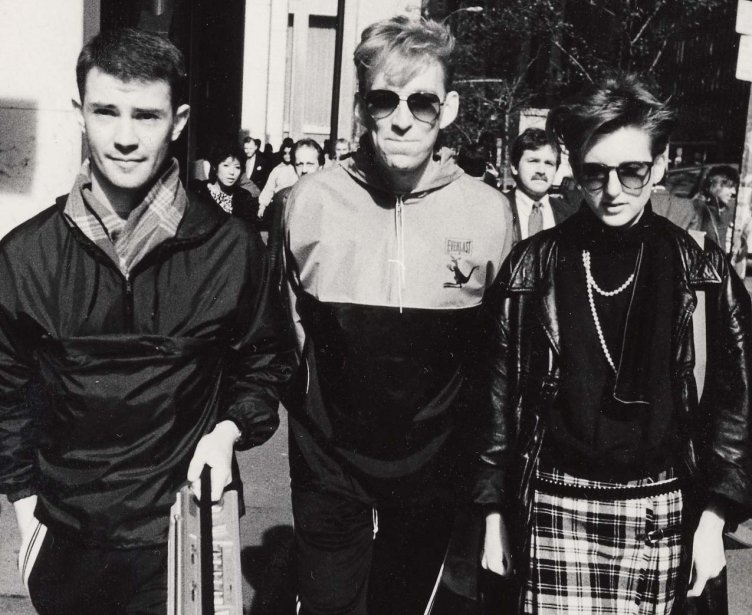 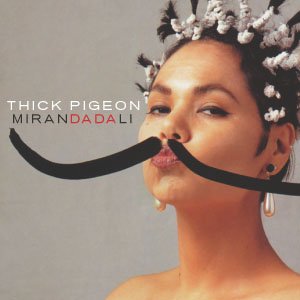 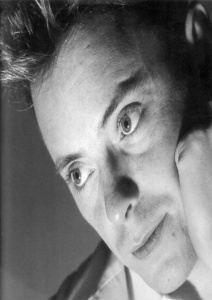 The tag Be Music (or B-Music, taken from the name of New Order's publishing company) was first employed by Peter Hook for the production of Stockholm Monsters' Death is Slowly Coming, which appeared on the flipside of the Martin Hannett produced single Fairy Tales, in February 1982. From this point on the oblique appellation was used by all four members of New Order as a moniker for a string of often breathtakingly innovative productions on Factory Records and its affiliated labels, but disappeared after 1985.

A quick headcount reveals that more than a dozen artists and bands on Factory - ranging from the justly celebrated (Section 25, Quando Quango, 52nd Street) to the terminally obscure (Ad Infinitum, Red Turns To) - benefited from the technical know-how, programming skills and support of Bernard Sumner, Peter Hook, Steve Morris and Gillian Gilbert. Then again, it's also true to say that these studio exercises gave New Order the opportunity to road test their latest high-tech equipment as and when they acquired it. The band began producing their own records with Temptation in May 1982, although the classic Be Music period really begins with the watershed Blue Monday, released in March 1983, and ends as the band got busy with their third album, Low Life, released in May 1985.

Like the first Be Music compilation, Cool As Ice, this sequel collection concentrates mainly on dance productions, no few of which also involve another criminally underrated Factory in-house producer, Donald Johnson (DoJo), drummer of A Certain Ratio. The chemistry between Johnson and Sumner seemed always to yield classic results, evidenced by You Hurt Me, Keep On Dancing and Cool As Ice (Twice As Nice). This last song, like everything 52nd Street recorded for Factory, was produced by DoJo alone, albeit with synth programming by Sumner.

Interviewed for the NME in April 1983, Tony Henry of 52nd Street said about Cool As Ice: "The track came about because we asked Bernard from New Order to come down to the studio and do a synthesiser and sequencer session for us and we all started messing around with his things. Cool As doesn't have a colour to it. That's the best thing about it, that it could have been done by a black or a white band."

If the track Cool As Ice stands as one of the very best examples of Sumner and Johnson together, Twice As Nice also includes several earlier tracks from 1982 which find each of them feeling their way. Video 586 by New Order and Sakura by Section 25 catch Bernard Sumner still perfecting his art in the brave new world of sequencers, while both sides of the debut single by 52nd Street from 1982 are firmly rooted in da funk.

Oddly, when most of the seminal Be Music/Dojo dance productions appeared between 1983 and 1984 they were often ignored by the press, and overlooked by the public in the UK and Europe. Across the Atlantic, however, the story played out differently. Records by Quando Quango, 52nd Street, Marcel King and Section 25 were picked up in clubs like the Paradise Garage in NYC, scored heavily on the black and gay scenes, were remixed for the US market by luminaries such as Mark Kamins, Arthur Baker and John 'Jellybean' Benitez, and made the Billboard dance charts.

Baker and Kamins sent some great records back across the water, including the Madonna-connected Call Me 'Mr' Telephone by Cheyne and the breezy remix of Summer by Anna Domino. Both are Crepuscule records at heart, although Factory picked up the Domino single on licence in the UK. The break-heavy Kamins remix of Genius by Quando Quango here appears outside America for the first time, but like everything else on this collection has aged remarkably well. Which is just another way of saying that it hasn't aged at all.

All of this is more than a little ironic, since in May 1982 Factory and New Order had opened The Haçienda, a club modeled on the early 80's NYC clubs, which until 1986 stayed mostly empty on bandless nights. Too far ahead of their time? Evidently. But don't accept the more recent received wisdom that Factory shot their fox in 1989 by starting a classical label instead on concentrating on dance music. Five years earlier, they'd gone a long way towards proving their point, and on this collection you can hear more of the evidence.

Be Music also produced a number of other artists, both for Factory and beyond. Bernard Sumner produced Foreign Press for EMI, as well as Shark Vegas, Surprize and Happy Mondays. Peter Hook inclined towards the rockier end of the spectrum, working with Stockholm Monsters, Lavolta Lakota, Ad Infinitum, Some Now Are, The Royal Family and the Poor, Inspiral Carpets and the Stone Roses, and more recently Hybrid and Jobe. Steve Morris and Gillian Gilbert were less active as producers, with Red Turns To as well as Life and Thick Pigeon, although Morris also played on the Winston Tong single Theoretical China.

From Manchester, funk contenders 52nd Street released three sterling singles on Factory - Look Into My Eyes (1982), Cool As Ice (1983) and Can't Afford To Let You Go (1984) before moving on to Ten/Virgin, where they cut two albums, Children of the Night (1986) and Something's Going On (1987). Cool As Ice was a cult club hit in New York and was remixed by John 'Jellybean' Benitez for the US market, where the band were signed to A&M. Further details.

Pronounced Shane. New York singer / project helmed by producer Mark Kamins in 1984, who had already produced some of Madonna's early singles. This sounds little different, although the statement in an early Madonna biography that Ms Ciccone actually wrote Call Me 'Mr' Telephone is untrue. However Madonna was to have given Into the Groove to Cheyne as a second single - but changed her mind. Please note also that this is not the same Cheyne who co-wrote Madison Avenue's 1999 hit Don't Call Me Baby. Confused?

Born in Tokyo, Japan, Anna Domino (nee Taylor) was raised in Michigan, Italy and Canada. In 1977 she moved to New York, and in 1982 began recording for cult Belgian indie label Les Disques du Crepuscule. Her albums cover the waterfront from jazz to folk and include East and West (1983), Anna Domino (1986), This Time (1987) and Mysteries of America (1990). Further details.

Formed in Holland in 1981 by Hillegonda 'Gonnie' Rietveld and Mike Pickering, electronic dance pioneers Quando Quango relocated to Manchester in May 1982 and hooked up with Factory for four singles and a Mark Kamins produced album, Pigs and Battleships (1985). Better appreciated in the States (Love Tempo hit number 4 in the Billboard dance chart), and way ahead of their time, Quando offered a cosmopolitan dance concept which covered all points (and beats) between soul, funk, electro, reggae and The Slits. Mike went on to rock the Hacienda as a DJ, and later formed T Coy and M People. After gaining her doctorate with a study of house music culture, Hillegonda publishes academically in this field, such as her book This Is Our House (1998). She occasionally DJs and is currently Senior Lecturer at a London university. Further details.

From Manchester, Marcel King scored a UK #1 hit (Sad Sweet Dreamer) with the group Sweet Sensation in 1974, and should have matched this performance with the classic Reach For Love, his one-off single for Factory ten years later. It didn't happen, but Shaun Ryder still cites Reach For Love as the best single Factory released. The track was remixed by Mark Kamins for the US market. Sadly Marcel died of a brain hemorrhage in October 1995.

Mancunian-born Mark Reeder relocated to Berlin in the late 1970s, and became Factory's German representative until 1983. Enthused by electronic disco music, he formed Die Unbekannten (The Unknown) and then Shark Vegas. SV performed a string of gigs throughout Europe and toured with New Order in 1984 but produced just one single, You Hurt Me, co-produced with Bernard Sumner and Donald Johnson. Today Mark runs a string of labels included MFS and Flesh, launching the careers of Paul van Dyk and Corvin Dalek. Further details.

Thanks to Bernard Sumner's production skills, Blackpool psych voyagers Section 25 found themselves transformed into electro pioneers on their 1984 album From The Hip. Remade and remodelled for release as a 12" single by Sumner and Johnson, Looking From a Hilltop became an underground club and airplay hit in the US, and has since been sampled by Orbital, The Shamen, Code 3 and countless others. Their North American tour in January 1985 synthesized acid house avant la lettre, and influenced many in Chicago, Detroit and NYC. Further details.

One of the more mysterious artists to record for the Crepuscule/Factory axis, Thick Pigeon was a vehicle for songwriter Stanton Miranda and arranger Carter Burwell. Based in New York, the duo recorded a brace of minimalist singles for Crepuscule between 1981 and 1982 before moving to Factory for their first album, Too Crazy Cowboys. The album was produced by Steve Morris and Gillian Gilbert, and engineered by Chris Nagle. Morris and Gilbert also guested on the later club-friendly single Wheels Over Indian Trails (1986). The second Thick Pigeon album, Miranda Dali, appeared on Crepuscule in 1991. Carter Burwell has since scored over fifty major motion pictures, including all films by the Coen brothers. Further details.

The Royal Family and The Poor

Cult avant-folk-noise collective overseen by reclusive Liverpudlian bard Mike Keane. Formed in 1978, an early Situationist agenda saw them join Factory Records, and appear on the Factory Quartet compilation in 1980. Another early member was Nathan McGough, later manager of Happy Mondays. After 1981 the band downsized to Keane alone and enjoyed an abortive alliance with Some Bizarre, for whom the vocoder-friendly track Motherland was originally recorded, with The The man Matt Johnson producing. Keane then returned to Factory for two albums, Temple of the 13th Tribe (1984) and We Love the Moon (1986). Subsequent albums include In the Sea of E (1987) and North-West Soul (2004). Further details.

Produced by Be Music (Bernard Sumner), DoJo and Fruitz. Written by Marcel King. Published by Davenhall Music. Originally released as a 7" and 12" single on Factory Records (Fac 92R) in February 1985. Here released by kind permission of the estate of Marcel King.

Track 8: You Hurt Me (For the First Time) by Shark Vegas

Recorded in Manchester in late 1983 and produced by Be Music (Steve Morris and Gillian Gilbert). Engineered by Chris Nagle. Written by Stanton Miranda. Published by Copyright Control. Originally recorded as an album track on Too Crazy Cowboys (Fact 85) released in September 1984, this version is a Be Music remix scheduled for release as a 12" single on Crepuscule (TWI 350) in February 1985 but never released. Here released under licence from Les Disques du Crepuscule. Personnel: Stanton Miranda, Carter Burwell, Steve Morris, Gillian Gilbert, Kim Gilbert, Karen Brown.

Track 12: Motherland (Remix) by The Royal Family and The Poor

Based on an original track recorded at Trident Studios, London, January 1983. Subsequently mixed at Revolution Studios, Cheadle Hulme, Manchester, May 1984 by Be Music (Peter Hook). Remodelled by Graham Massey in 2004. Written by Mike Keane. Published by Copyright Control. Originally released on the album Temple of the 13th Tribe on Factory Records (Fact 95), 1984.

Track selection and sleevenotes by James Nice and Frank Brinkhuis. Artworked by Julien Potter @ The Boxroom. Mastering by Pierre Vale.

Many thanks to James Nice for help and info.