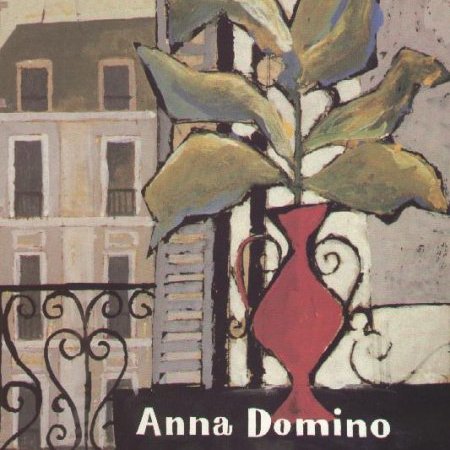 Credits (from the original LP)

"A state of resigned half-awareness lifts these uncensored confessionals beyond the precipice. This is the sound of dusk, seasons, sublime elegance and supernatural light" (NME, 9/86)

From the LTM website: "After relocating from New York to Brussels in 1985, Anna Domino cut this magical album with the aid of two top flight producers, Alan Rankine (Associates) and Marc Moulin (Telex). The record proved a major independent success, thanks largely to Anna's confessional lyrics and reflective vocals, combined with sophisticated songs and sharp rhythmic styles. In particular check out Not Right Now, the crystalline, proto trip-hop of Caught and the near-hit singles Rhythm, Summer and Take That. The album also includes a smart cover of the Smokey Robinson/Miracles classic Hunter Gets Captured by the Game. Comparisons have ranged from Suzanne Vega to Julee Cruise. The five bonus cuts include all the non-album tracks from the 1984 ep 'Rhythm', plus the outstanding single remix of Summer by legendary New York producer Arthur Baker and also Zanna, a collaboration with onetime Revolting Cock Luc van Acker. The CD has been remastered from the original tapes, runs for 70 minutes, and retains the evocative sleeve painting by Benoit Hennebert. The booklet boasts detailed sleevenotes."

The following is an extract from Les Disques Du Crépescule promotional booklet, designed by Hennebert, 1990: "Co-produced by Alan Rankine and Marc Moulin, Anna's eponymous debut proved a huge independent success and rightly so with tracks of the calibre of Rythm, Take That and the breezy single Summer included. A sensual blend of blues, soul, latin, and funk, Anna Domino lays down a cool urban beat that's equally infectious any time, any place."