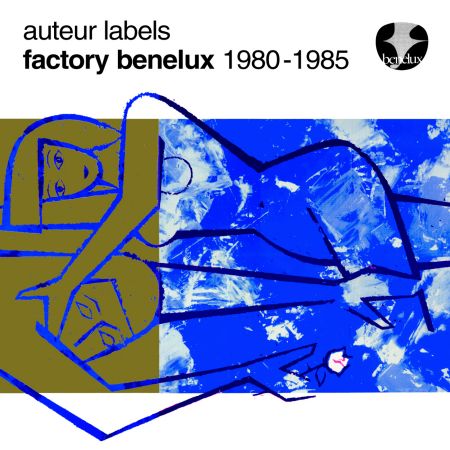 The Factory Benelux label was the result of an informal arrangement made in 1980 between Factory Records and Les Disques du Crépuscule in Brussels, whereby the latter released 'spare' recordings by Factory artists, and provided the Manchester label with an exotic entrťe into Continental Europe. Now defunct as a political entity, the term Benelux referred to the pre-EU customs union formed by Belgium, the Netherlands and Luxembourg. Factory had already undertaken at least one similar overseas project with the limited edition release of the Joy Division single Atmosphere through French art label Sordide Sentimental, and had also set up a North American branch, Factory US Inc.

It was occasionally alleged that Factory Benelux became a convenient drop zone for bands and records that failed to receive unanimous approval at Palatine Road. But this jaundiced view distorts the truth, and says little or nothing about the musical quality of the Factory Benelux catalogue as a whole. True, The Gas Chair by Crawling Chaos sounds deeply weird in comparison to Factory's domestic output, and Tony Wilson was never enthusiastic about Crispy Ambulance. However, many connoisseurs consider records such The Key of Dreams (Section 25), Everything's Gone Green (New Order), Shack Up (A Certain Ratio), Calcutta (The Names) and The Plateau Phase (Crispy Ambulance) to be genre jewels in the Factory crown.

The creation of Factory Benelux was agreed in April 1980, when Tony Wilson visited Brussels with ACR and Section 25 for a show at the Plan K venue, and met with Michel Duval and Annik Honorť. The first release should have been a live mini-LP by Joy Division, to be recorded in June 1980, and that same month an exhibition of Factory artefacts and Peter Saville designs was staged at Plan K. However tragedy intervened, and instead the debut release on Factory Benelux was the timeless Shack Up by A Certain Ratio (7", FACBN 1), issued in August. A solid indie hit, the single gave the new label a flying start, and was swiftly followed by two more excellent Martin Hannett-produced singles: Lips That Would Kiss b/w Madeleine by the Durutti Column (12", FACBN 2), and Charnel Ground b/w Haunted by Section 25 (7", FACBN 3). Released in September and October respectively, with artwork by Jean François Octave and Benoit Hennebert, all carried dual catalogue numbers, hinting at a second new label, Les Disques du Crépuscule.