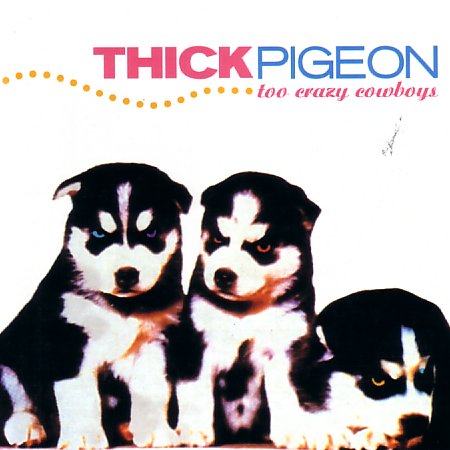 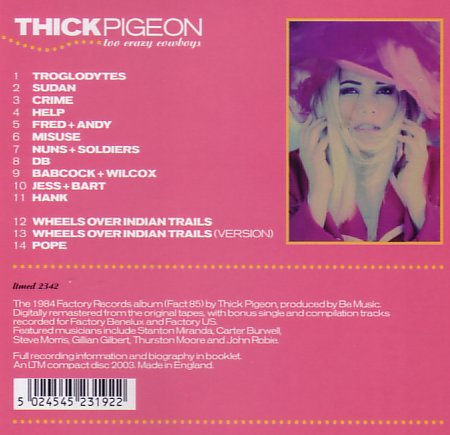 "Office favourite!" (Jockey Slut, 5/03); "Throughout a mood of unsettling drama is present with the excellent Jess + Bart perhaps being their defining moment. Oddly, this album is a considerably less dated affair than many of today's current drop of electro-clash revivalists" (Leonard's Lair, 4/03); "Good to hear it again. Do yourself a favour and check this album out forthwith" (Tangents, 4/03); "Creates a disquieting, oblique soundworld all of it's own devices" (Whisperin' & Hollerin', 4/03)

"1983's Too Crazy Cowboys is particularly arresting, not least because of the time that has elapsed since its making. Working with New Order's Gillian Gilbert and Steve Morris, their use of studio-generated effects, concussed vocals and techno rhythms are like ghostly suggestions of today's electronica scene, whispered down the decades from a more spartan age." (Uncut, June 2004)

Full recording information and biography in booklet.
An LTM compact disc 2003. Made in England