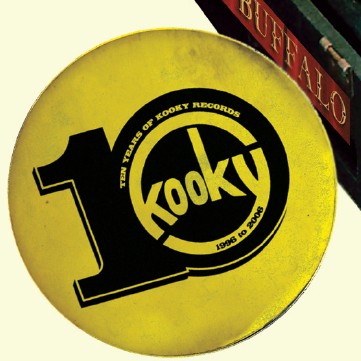 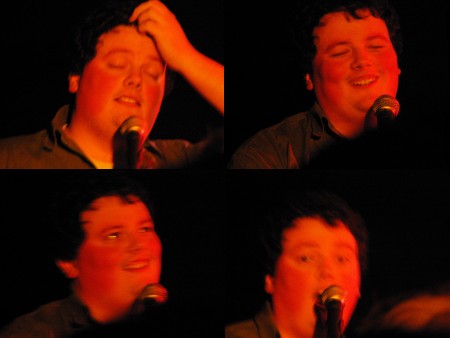 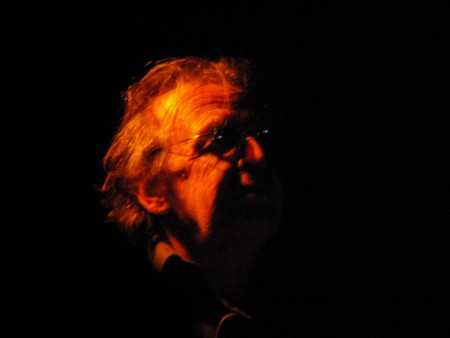 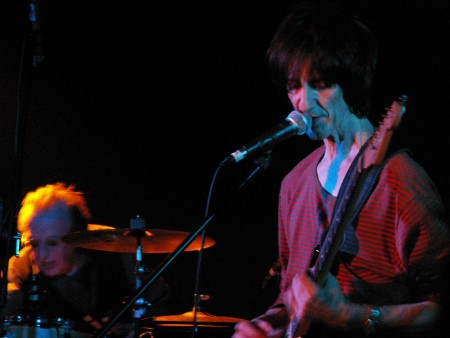 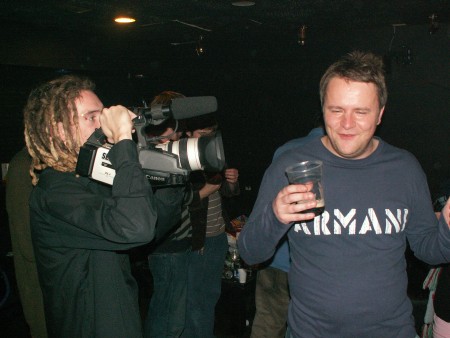 A special evening to celebrate the Tenth Birthday of Kooky Records featuring live performances from Winston Echo, The Retro Spankees, Gnac and The Durutti Column. A free 10-track cd was given away at the gig (also on sale inside for 5.00 GBP) with exclusive tracks from a range of KOOKY artists.

All That Love and Maths Can Do [version, with violin courtesy member of Retro Spankees]
-- [unplanned 5 minute interlude to due technical problems with Vini's delay guitar effect unit]
Sketch for Summer
Blue
Jacqueline
Big Hole
Gun
Untitled for You
Missing Boy
The Beggar
Requiem for Mother
--
Revolver [everyone on stage - assorted Spankees, Winston Echo and Mr Phil Cleaver on triangle]

Northampton legend-in-the-making, Winston Echo was our compere for the evening (he also entertained us with his song 'Bureau de Change' about, erm, a bureau de change) and he started the evening out on splendid trail of frivolity from which we nearly never recovered.

The Retro Spankees are from Northampton and are clearly very talented. They appeared at Kooky 10 on the back of an appearance at In The City but apparently they left their normal instruments at home tonite, favouring ukeleles and flutes amongst other things.

Mark Tranmer is Gnac. That's Gnac, as in cognac, not Gnac as in The Knack (though rumours of Mark doing a cover version of the latter's 'My Sharona' cannot be ruled out). Apparently Mark's inspiration for the name comes from a story where a character looks out of his room and can see a sign advertising "Cognac" but he can only see the "gnac" bit.

Gnac gigs are quite the rarity. Apparently this one was, quite appropriately as it turns out, only about the tenth ever. He plays a blinder with the stand-out being an Agatha Christie-inspired 'Superintendent Battles Arrives'.

For the grand finale, The Durutti Column. And, in keeping with the whole evening, it was a pared down DC minus Keir Stewart and Vini's Fender Rhodes piano which took to the stage and took us back to the early early days. A surprise opening number saw Jo from the Retro Spankees play violin on 'All That Love and Maths Can Do' with her only instruction apparently being to play it G minor! She did very well considering she'd never heard the track before.

The constraints of having no bass or piano meant that Vini had to improvise several new parts to old favourites, most notably on stunning versions of 'Jacqueline' and 'The Missing Boy'. The encore was the usual 'Revolver' but not as we have ever seen or heard it before. Everyone, including The Retro Spankees and Winston Echo came on stage including Phil Cleaver on triangle to close the evening with a glorious noise.

Congratulations to Kooky on their Tenth Birthday and for entertaining us so royally.

The gig was filmed with two cameras. Thanks to Eric for info. 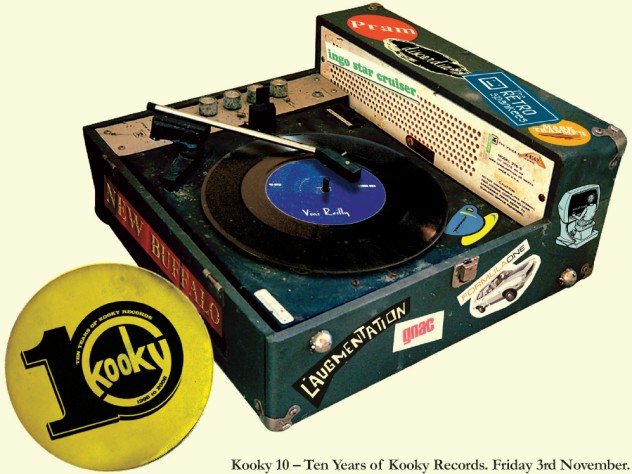