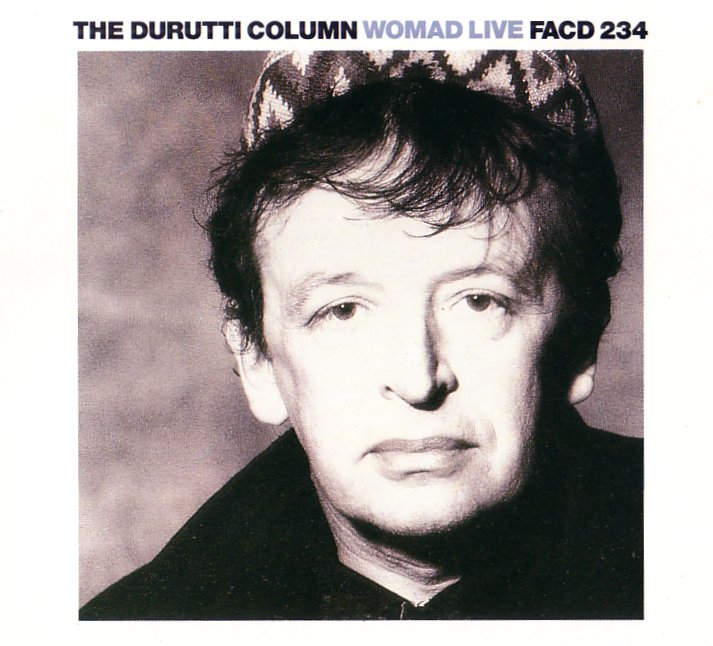 All Durutti gigs, and there haven't been that many of them for God's sake, have trauma and difficulty built into them from the day they are booked. Can we get the musicians we want? Can all the random factors that cause the hiccups with our ever more complicated midi'd up backline be eradicated? Are we going to get enough time to bloody well set it all up?

Vin won't do a gig without introducing new songs. 'Boring' he says when it is suggested we play a set of songs that we all know and might be able to cope with, so rehearsals are arranged and gear is lumbered into our back room.

As the concert draws closer, and we are contracted to appear (and we are sue-able if we don't), Vini's health, ever precarious, is the overriding concern. I make the arrangements to move him about, I suppose, in much the same fashion as the mormon guard used to move Howard Hughes about. In the back of my mind I'm conscious that I shouldn't be forcing him along in his sometimes semi-comatose state but I cheerfully hardface the job along. I'm into all this discharging of responsibility crap, you know.

I no longer wonder why I'm going to all this trouble, because the music performance answers. That 70 minutes on stage consists of Vini changing the set list from the rehearsed arrangements, coping with the tuning, struggling with the machines, laughing at the cock-ups he's causing, but always playing those pieces with guitar and keyboard beyond anything I ever hear elsewhere.

On this show, Andy Connell, from some other group whose name escapes me at the moment, played some neat keyboard -- that's him hammering away on the first track 'Otis', and him being clever on the other stuff. He's a good laugh, Andy. Probably knows what he's doing.

Liu Sola is an opera singer from Beijing. Her contribution was to emote in Chinese on a conductors nod from Vin on 'Otis' and 'Finding the Sea'. In Chinese, you note, we wouldn't want to start making it easy for you listeners, would we?

Vin suggested that I should personalise this product, I think he's feeling weird after his full cover photo on the current album, and wants now to spread the flak. It's not what was wanted from me I don't think, and it's not enough of a statement, but still, there were a few things to be said.

There were a few practical things to be said.