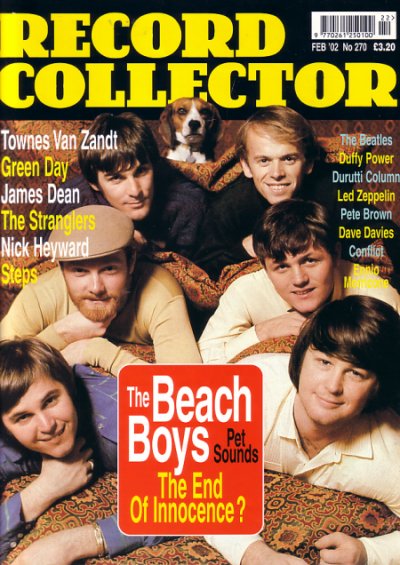 The Durutti Column returned in 2001 after a lengthy absence. David J Hemingway speaks to Vini Reilly and finds him in chipper form.

"I'm just a little guitar player and I make up tunes," claims Vini Reilly, the enigmatic guitarist who, at the height of punk, demonstrated that late 1970s alienation could correlate with quietitude and contemplative lyricism. Credit where credit's due: he also headed Durutti Column, the first band to sign to the Factory label, and recorded orchestral records before strings became a lazy and obligatory signifier for seriousness. And he coalesced Morrissey and Stephen Street's blueprint for the former's first post-Smiths' album into the frankly stunning Viva Hate.

Twenty-two years after the release of their debut, the Durutti Column released Rebellion, a record whose title may or may not allude to the early 20th Century metal worker, trade union activist and revolutionary, Buenaventura Durruti (sic), who gave the band their name. Reilly called the group's debut album The Return Of The Durutti Column after a slogan adopted in situationist-led student revolts in Paris, 1968. The follow-up, LC, took its name from Italian political movement Lotta Continua or, "the Struggle Continues".

Throughout his career, Reilly has frequently been cast as some kind of sickly prodigy - an enigma who has "defected from even the most fundamental demands of life, like the need to eat ... to spin a skein of sound as delicate and intricate as Jack Frost, as fleeting and prismatic as dew" (according to Spin journalist Simon Reynolds).

"All of it apart from 'guitarist'."

You're not happy with the tag of genius?

"Genius is a silly thing to call someone. It's over the top. I'd call Tchaikovsky a genius."

In 1994, the Durutti Column's Sex And Death CD-ROM listed a regime of treatment for Reilly's unspecified illness that included Prozac ("collapsed in public on six occasions and then he wanted to commit suicide"), Stellazin ("your stomach's all right but you aren't") and Primal Scream ("psychotherapy and discovered pieces culminate in two hours of writhing on several floors screaming and crying").

How's your health these days, Vini?

It's very good, actually. It has got better over the last couple of years. The less I've thought about it or taken any notice of it, the more it has gone away."

Reilly admits his ill-health has informed and affected his music, largely as a consequence of the amount of time he's spent on his own: I didn't go out very much. I hardly socialised at all so I'm very introverted. I don't have very good communication skills and I'm not very articulate. That still remains a bit of a problem really. It's got a lot better. I'm trying to get out a lot more now and see people."

Is music your way of overcoming this lack of articulacy?

I don't know. I think it was when I was very young. Life was quite difficult when I was very, very young. It was an escape and that was a kind of expression. Playing guitar and playing football; they were my two things. That was it really."

Given that his music is frequently instrumental, Reilly gives more away than you'd expect. You could create a chronology of Reilly's (sexual and platonic) relationships: Katherine, Collette, Madeleine, Frazer, Paul, Mimi, Danny, Miss Haymes, Suzanne, Anthony and Rachel have all had Reilly songs written for, or about them, while 'Lips That Would Kiss' and 'Missing Boy' were both tributes to then recently departed Joy Division singer Ian Curtis.

Do you think you put too much in the public domain?

It's just is what it is. I think you've got to be honest about what a piece is inspired by or is about. If music is evoked in my head by a certain person, it would be wrong to call it someone else's name or give it another title. I've nothing to hide."

He adds: "Titles are funny things. I don't really take much notice of titles. People read too much into them, anyway. It's just something to hang a track on".

Although he has recorded for other labels (most notably Les Disques du Crepuscule), Rebellion is Reilly's first album post-Factory and its London Records incarnation, Factory Too.

It felt strange at first," admits Reilly. I sacked my manager Tony Wilson a couple of years before Factory went under. It seemed to have gone stale and jaded and reliving past glories all the time. I just wanted to move on. I think it's quite fair to tell you that I think he'd lost interest in my music. He probably felt he'd done as much as he could possibly do. He gave me a career which I don't think anyone else in the world would have done at the time he did. I owe him my career."

On Rebellion, Reilly looks for influence in his political grievances, the capital of Bulgaria, the expressionism of the Yiddish language and love in Greater Manchester's grimmer conurbations. He even - implausibly - incorporates rap into the Durutti Column canon, citing a love for hip-hop because it has a passion". He's written a pretty instrumental and given it a title that translates as 'Go Shit In The Sea' and written a protest song and called it 'Protest Song.'

I called it that after I'd written it," justifies Reilly. 1t's just a simple thing. There's only about four lines in the whole song. The way the world's going is a bit depressing sometimes - the number of people dying of AIDS in Africa, the number of people starving to death. It's ridiculous."

"Its very hard to write political songs," claims Reilly. I find it very hard to write in the first place because I'm not very good with words. So they tend to be quite personal. I mean, how do you compete with someone like Dylan?"

Is he your benchmark?

"As a lyricist. His words are incredible."

Who else do you rate?

"I love the honesty of John Lennon. Very honest, very fresh, very pure. However misguided, at least he was very honest and upfront."

I'm genuinely surprised that classic canon of songwriters appeals to you.

"I love all that. It's fantastic."

'Protest Song' - written before the recent calls for cannabis to be downgraded to a Class 'C' drug - calls for its legalisation.

It's just the hypocrisy," he states. The most damaging thing we have is nicotine, but it's legal. It's a joke. Society comes down terribly hard on ganja and you're made to feel like a criminal for smoking it. It's a fucking joke."

I thought you no longer indulged?

I stopped for three years but I'm back smoking it again. It helps. It was recommended to me by two health specialists - very eminent doctors - one in London, one in Manchester. It makes me chilled out; it makes me better."

Strangely, the album's most compelling track - 'Longsight Romance' - is reminsident of the 'outsider music' of Syd Barrett, Daniel Johnston et at, with its deadpan descriptions of a shooting. "Caught the Metro for a dance," sings Reilly about a trip into Manchester from its outskirts ... I stand there and talk about things I believe / Some guy`there just turns and says, 'I think you'd better leave' / The only sound you can hear when the policemen comes is the sound of puking up."

"Someone got shot and there was a girl involved," Reilly partially explains. It was really quite a while ago. I don't really want to name names but it's something that happened in Longsight that had an impact on me."

Deliberately or otherwise, 'Longsight Romance' provides counterpoint of sorts to the usual romanticism of Manchester.

I do love the city," says Reilly. It's very alive. There seems to be a lot happening in terms of regeneration. There's a very optimistic mood here. It's my home."

Manchester's - or rather, Madchester's - recent musical heritage is being celebrated in the movie 24 Hour Party People. With a stroke of possible genius, the film revolves around Steve Coogan as inept visionary, Granada TV presenter and Factory founder, Anthony H. Wilson.

I understand you're supposed to be in 24 Hour Party People.

"Apparently. I'm not absolutely sure," shrugs Reilly with indifference.

Reilly is played in the film by Raymond Waring.

"He's a very eccentric man, I think," says Waring of the Durutti Column guitarist, at the film's website. "He's a very warm man, but there are many contradictions about him - he's a very loud person in one way, and a very quiet person in another. He made it clear from the start that he felt his life didn't really warrant being in a film, and he made it clear that he didn't want an accurate representation of him; he wouldn't be bothered by that. He did ask me to make sure he's funny!"

Did you immerse yourself in 'Madchester', Vini?

I didn't really do the socializing side of it. I never went out and did gigs or whatever. I was quite insular in that sense. I never felt part of the scene, if there was a scene at all, anyway."

You didn't go clubbing then?

I used to go to the Hacienda. I used to ride there on my Lambretta, get there at midnight, wander about, smoke a few spliffs and then go home again."

"I hopped from one foot to the other."