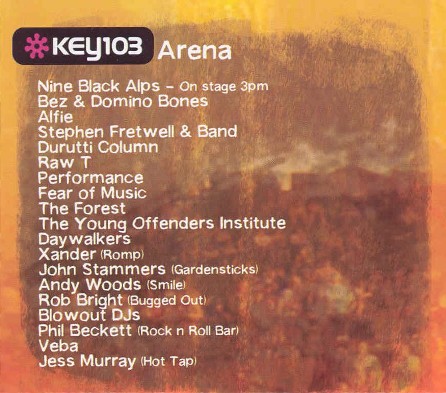 The Durutti Column is one of a host of Manchester bands playing the free Dpercussion festival at Castlefield on 6 August. RAW-T and Young Offenders Institute and Bez's group Domino Bones also featured. The event featured 5 stages and 100 artists and over 40,000 people were expected to attend.