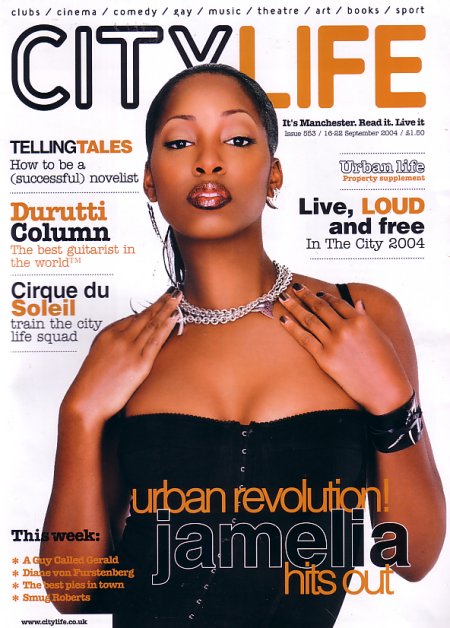 The Durutti Column - City Life #553 "The best guitarist in the world'; front cover

Vini Reilly explains how he developed his style: "My father wouldn't let us have a television and we weren't allowed to listen to pop music on the radio, so I didn't actually hear anything until I'd left home, by which time I'd already developed my own approach to writing tunes. So it's just evolved into a strange, peculiar style".

On his relationship with Morrissey: "Viva Hate is now on sale in the shops and my name doesn't appear anywhere on it - that's very impolite. If there's been an injustice then Morrissey knows about it and he's got the rest of his life to live with it. I've behaved correctly. I was never credited or paid - it's not the money, it's the morality.

On playing The Bridgewater Hall: "I'm a bit scared because it's such an auspicious place for this serious classical music - I'm not sure we warrant that. I'm very comfortable playing sweaty, beer-swilled venues. As soon as you move into a formal concert atmosphere it all becomes a bit more difficult." He continues: "And we're not gonna rehearse. It's just whatever happens."

Keir Stewart chips in at the end: "When I started playing I was getting a bit worried because there appeared to be absolutely no arrangements. But once you get over [this] you can get on with it and enjoy it."

Bruce concludes with: "Actually, there's too many secrets being revealed here".

Full article appears in issue #553 of City Life magazine and was written by Neil Porter. 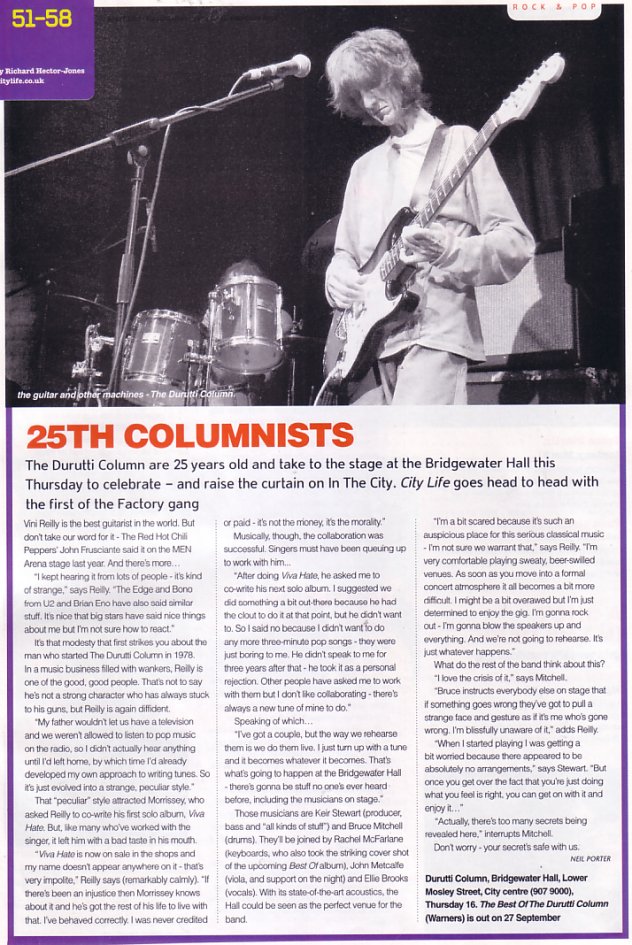 The Durutti Column - City Life #553 "The best guitarist in the world'; the article