The Durutti Column > DCC01 Live At The Venue London 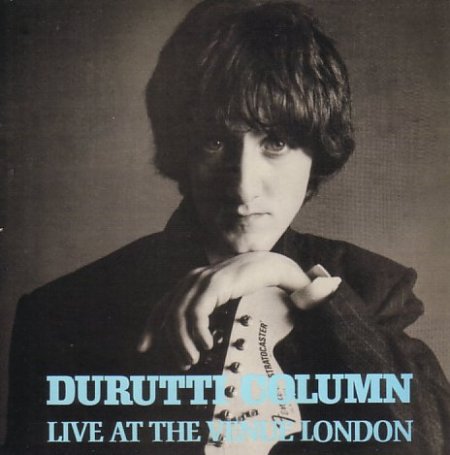 An interesting wheeler-dealer, involved in bootleg recordings at the time, arrived in his cream Rolls-Royce at a Mayfair hotel restaurant that he had appointed. He brought cash and me and Vini scribbled out a contract and an agreement on a white napkin that had been surrounding Vini's burnt bacon sandwich. The stains and the signatures were clear.

Special thanks to:
Mark Trammer for the material
Keir Stewart for patience during the remastering

For Mail Order enquiries and further information on any forthcoming news or releases contact us at: www.thedurutticolumn.com

This album was initially sold at the Manchester Academy gig in December 2003 and subsequently by mail order.

Digitally remastered from vinyl and now available for the first time on CD. Strictly limited to 1000 copies. A re-issue of the highly collectable long-player from 1983 only available from thedurutticolumn.com. 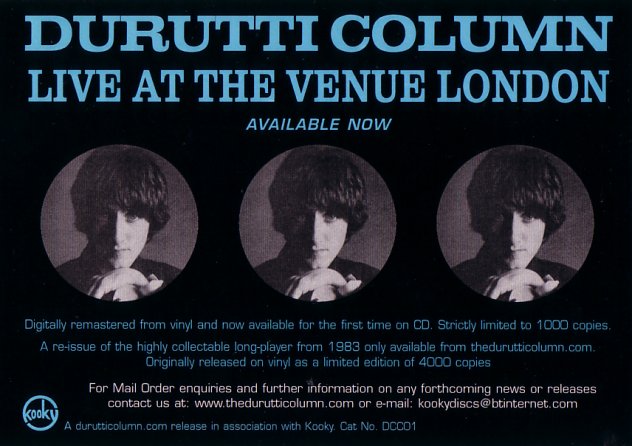