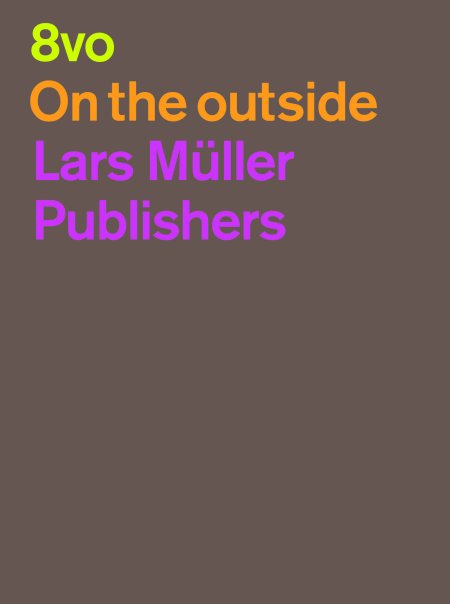 8vo: On The Outside; front cover graphic detail 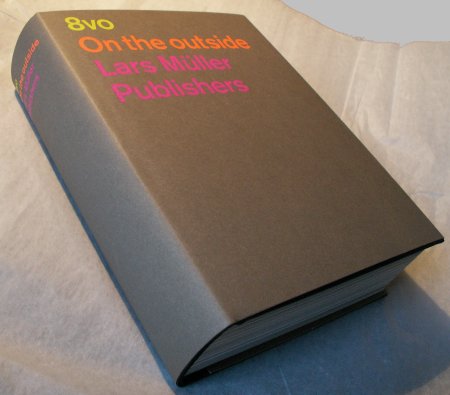 8vo: On The Outside; book detail

"After three years in the making, '8vo: On the Outside' is almost ready to go to press. Written and designed by Mark Holt and Hamish Muir, the book is to be published in Autumn 2005 by Lars Muller.

At over 500 pages, the book is an extensive survey of 8vo's work from 1984-2001, including Octavo, the international journal of typography and its influence in the emergent typographically-led design movement in the UK during the late 80s and through the 90s. The book's emphasis is on process; trying to reveal how our designs got made rather than simply showing finished jobs. We tell it how it was, some of the everyday struggles of working with clients, typesetters, printers, and later on computers. Like many of our contemporaries, 8vo were working during a period of considerable change within the design industry; the book also places the work within the context of this revolution; from paste-up to desktop."

"The book was launched at the LCC (LCP) in London last Friday, 28th October, and will be in the shops soon...

Includes in-depth accounts of working for Factory (Durutti Column / Wilson / Hacienda) and a stage by stage documentation of the design of the Hacienda Four poster and the 'Guitar and Other Machines' album sleeve."

In 2010 a limited version was made available on Google Books.

8vo founded in London in 1984 by Mark Holt, Simon Johnston and Hamish Muir was one of the most influential design studios in the 80s. This British design studio used traditions, craft-based working methods but an experimental approach to design to anticipate the computer-aided aesthetic of the 90s. The magazine Octavo, published in eight issues from 1986 to 1992 has long held cult status and is documented here for the first time, along with the background against which it emerged. 8vo's work pushed back the boundaries of commercial design and was a key factor in preparing the way for many contemporary designers. This publication appears in close cooperation with the founders of 8vo and accompanies an exhibition that will take place in fall 2005 in London and tour internationally. 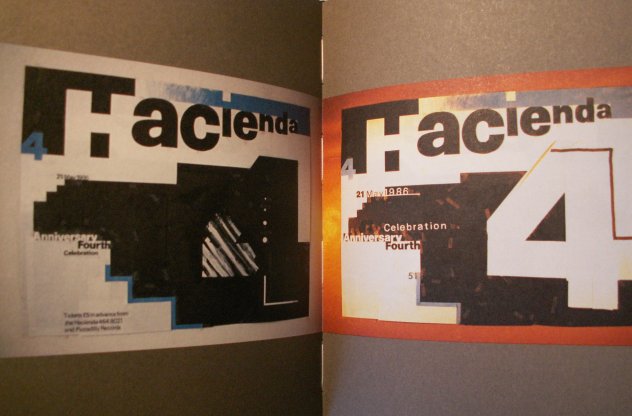 8vo: On The Outside; inner detail showing the development of Haç 4