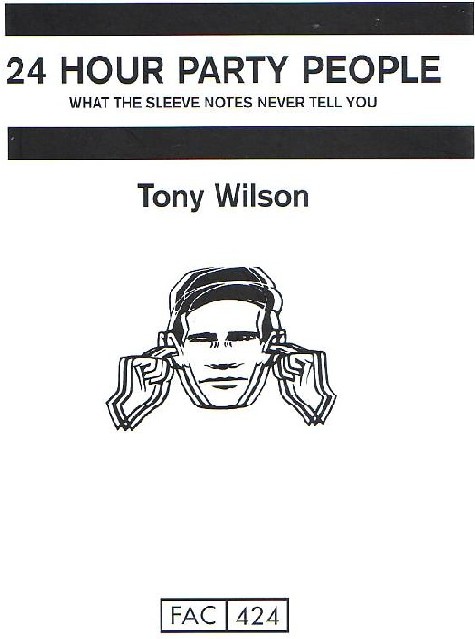 Tony tells all about everything Fac; the 'novelisation' of the screenplay to the movie '24 Hour Party People'. So it's not exactly his autobiography and contains dialogue that never actually happened but it looks to be an interesting read. Waiting to see the movie first though - out on 5 April in the UK.

Channel 4 books, ISBN 075222025X; "Legendary founder of Factory Records and erstwhile owner of the Haçienda, Tony Wilson, tells his own unique story in his own unique way for the very first time. Reliving one of the most exciting pop culture explosions in recent history, what ensues is a tale of music, sex, drugs and the birth of one of the most famous clubs in the world.

"This is the first time Factory supremo Tony Wilson has told his story in his own words." 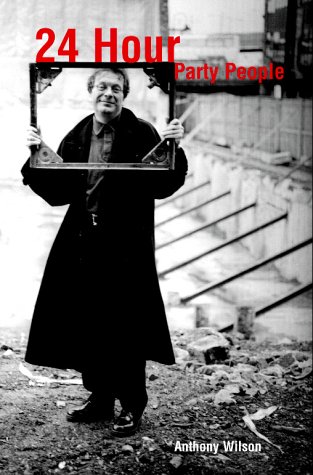 This photograph (right) of Tony Wilson was taken in the debris that was Fac 51 The Haçienda; this cover was never used (in favour of the FAC-2 'homage') but appeared briefly on the Amazon and Pan Macmillan websites before the book was actually published.