Books > This Is Our House < Hillegonda Rietveld 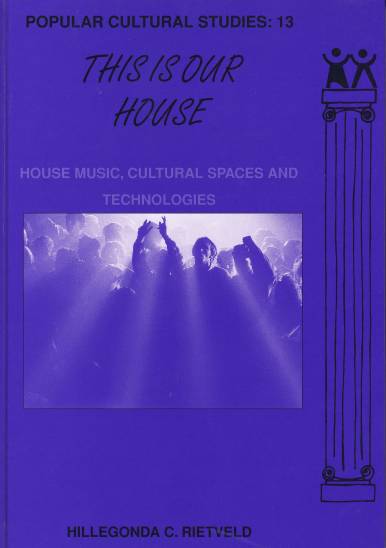 "House music has arguably shaped the sound of pop music in the late 1980s and early 1990s. From underground dance events to "Top of the Pops", traces of this aesthetic are conspicuously evident - sometimes only as a formalistic style, but also as an attitude. This text attempts to trace a history of this music, and also to map some of the power structures that have been and still are at play in the production of house music. This means places like Chicago, New York, Land, Manchester, Amsterdam, and Rotterdam are examined. Contemporary dance culture, small enterprises such as record labels and the roles of musical technologies are also discussed. Although House music may arguably be only "understood" on the dance floor whilst moving and "letting go" of all rationality, this book does not seek to destroy those pleasures. Rather, it should be seen as a supplement, that seeks to give the music a deeper dimension. At the same time, it provides an example of the application of post structural critical theory to a cultural phenomenon which can neither be pin-pointed as high art nor as "simply" popular culture."