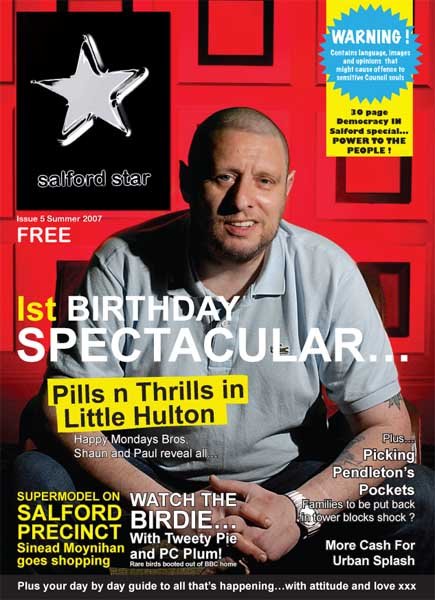 The Salford Star 1st Birthday Summer Spectacular is out now. It's got 76 action packed, people powered, passion zapped pages of marauding voices from the clued up community and its culture kids. It took 3 months to make, it'll take 3 months to read!

The highlight for FAC fans is Pills n Thrills in Little Hulton in which Happy Mondays brothers Shaun and Paul, reveal all. Paul Ryder is interviewed by Nigel Pivaro, plus there's Shaun Ryder and Gaz interview with photos by Ian Tilton.

Salford Star is also on MySpace.