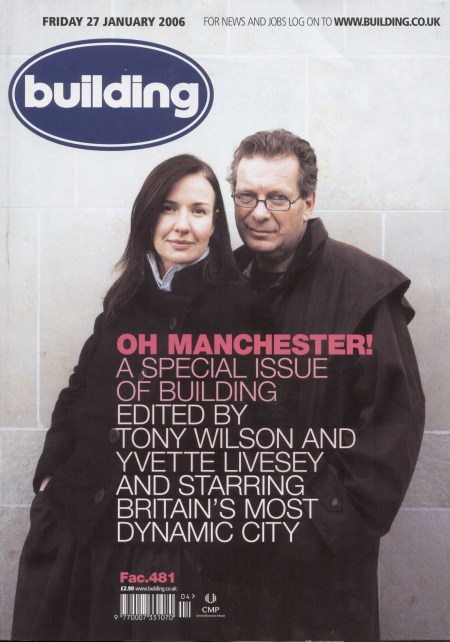 FAC 481 - The making of Manchester

The 27 January 2006 edition of Building magazine is the somewhat unlikely source for a completely new FAC number. However, Tony Wilson along with partner Yvette Livesey, have guest edited the magazine which carries the headline "Oh Manchester: A special issue of Building edited by Tony Wilson and Yvette Livesey and starring Britain's most dynamic city".

In the article 'The making of Manchester', architectural editor Martin Spring talks to AHW about his new role as a "regeneration adviser" and his plans for Manchester. The official Factory catalogue number FAC 481 has been assigned to the issue of the magazine. Further articles on how Manchester is evolving are entitled '24 Hour Construction City', 'Greater Expectations' and 'How It Used To Be'.

Thanks to Martin Spring and to Blue's Blog for originally spotting.

Thanks to Matt Leach for procuring a copy. 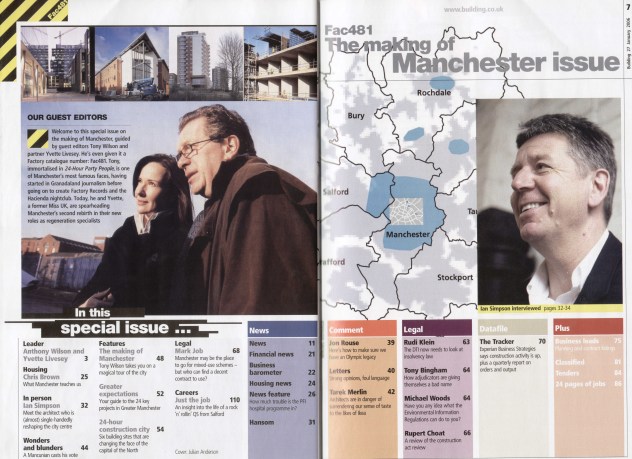