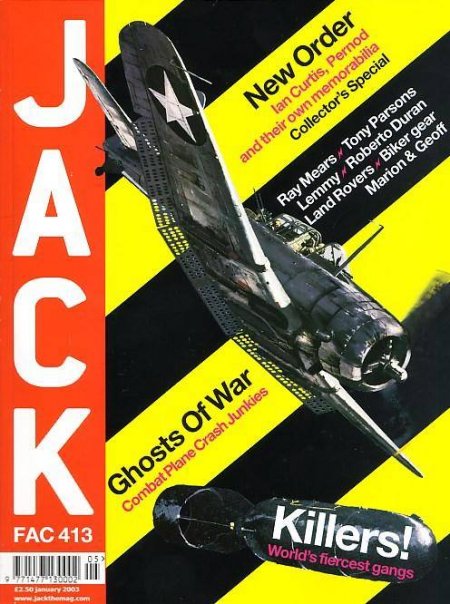 Check out the Jack magazine website at www.jackthemag.com which includes details of their New Order prize subscription!

JACK/FAC Collector's Special. Our good friends Tony Wilson and New Order enjoyed doing this month's interview so much that they've kindly bestowed upon us a rarer than rare FAC New Order catalogue number.

This two-part feature continued in the following edition of Jack (February 2003).