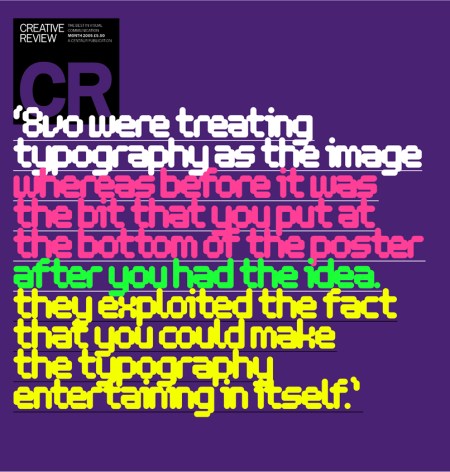 The January 2006 edition of Creative Review features a special 8vo cover designed by Hamish Muir in the 8vo 'Interact' screen font and printed in four special fluorescent inks. The cover reads "8vo were treating typography as the image whereas before it was the bit that you put at the bottom of the poster after you had the idea. They exploited the fact that you could make the typography entertaining in itself".

The magazine contains an illustrated critique of the 8vo book 'On the outside'.

More info at Hamish Muir's website at www.hamishmuir.com. Thanks to Hamish for info and imagery.