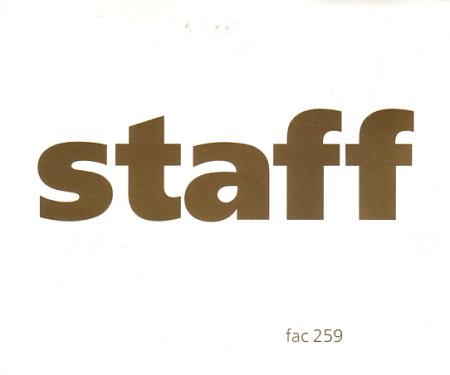 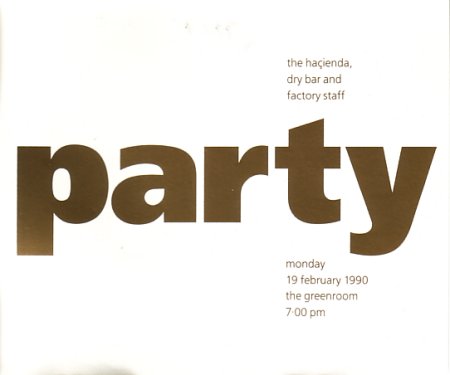 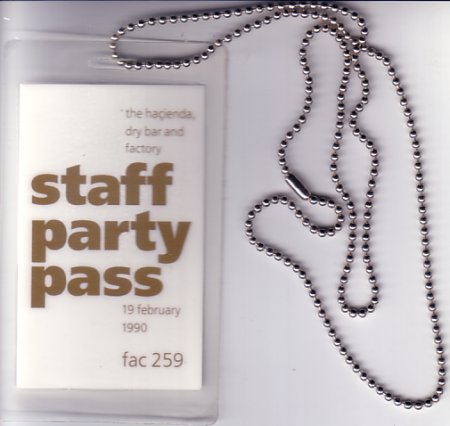 Produced for Factory staff (Hacienda, Dry & Factory) party held at the Green Room and then at LaserQuest in Whitworth Street West, Manchester

In Scream City 1, February 2006, Tony Wilson further explained: "It was my fortieth birthday. 19 February 1990. Northside played and that night I did eleven different drugs. And it took me quite an effort to do eleven different drugs that night. [To Matt Carroll] Partly I was with your mate Shaun, so that didn't help. That includes alcohol, speed, E, and several other things. But, it was my birthday. Bloody hell, I'd forgotten about that completely!"