Kevin Hewick > The Venetian Book of the Dead 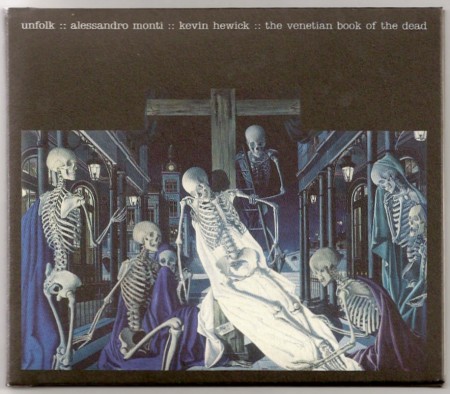 The Venetian Book of the Dead; front cover detail

1. Cicatrice Del Tempo
2. The Radioactive Man
3. Black Tar Lagoon
4. Bedroom Discotheque
5. Dust To Dust
6. The Cover Up
7. Trasferibile (ESP mix)
8. Early Grave
9. Destinazione Astrale
10. A Limited Edition Of One
11. Someone Is Always Screwing Someone
12. Tutte Le Cose Lasciate In Sospeso
13. Cancer Of The Conscience
14. Forgive
15. Natura Distorta (The Cover Up Part 2)
16. The Wave That Speeds To Shore

The Venetian Book Of The Dead is a remarkable Anglo Italian collaboration based on a true story.

An unusual 'concept album' about vinyl as musical entertainment, as opposed to vinyl as human tragedy, the music and lyrics are inspired by industrial disasters in the Venice area during the 1970s and 1980s, when many workers and citizens alike died of cancer as a result of corporate decisions.

This second Unfolk release is a departure from its more folk-oriented debut, mixing Electronica and lyrical acoustic arrangements with beguiling and unusual song-structures (sometimes based on free improvisation).

Featuring 10 modern 'protest songs' and 6 haunting instrumentals, the album has been mastered by Jon Astley (Led Zeppelin, The Who etc) and comes in a beautiful limited edition gatefold cover with a 32 page booklet (including lyrics in English and Italian).

Available to buy now at Burning Shed [for the UK], CD Baby [USA] and Audioglobe [Italy] and also via iTunes.

Thanks to Kevin Hewick and Allessandro Monti for info and imagery. 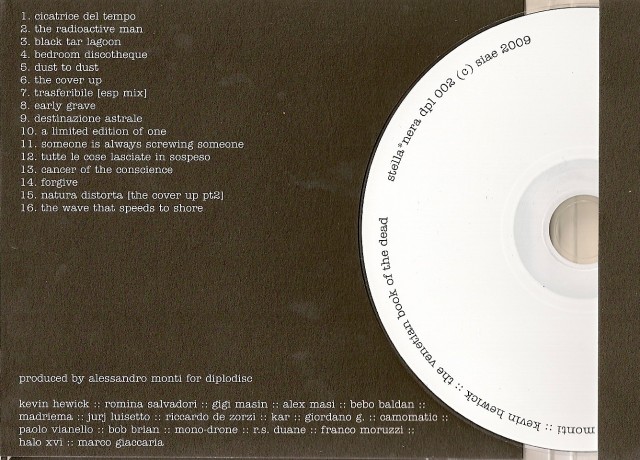 The Heat of Molten Diamonds

The Venetian Book of the Dead

Keep Your Flipped Wigs On