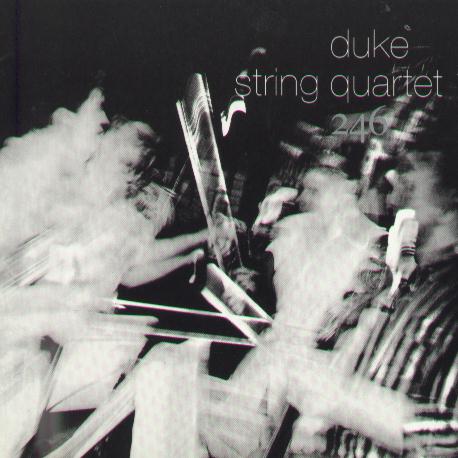 John Metcalfe was the project co-ordinator on the first wave of releases on the Factory Classical label. He is also a founding member of The Duke Quartet and was a member of The Kreisler String Orchestra. He has also recorded two solo albums including 2004's 'Scorching Bay'.

In this exclusive Question and Answer session for Cerysmatic Factory he explains about his role in Factory Classical.

[Cerysmatic Factory] What was your brief from Factory for your role as project co-ordinator for the Factory Classical label? Did they let you choose the artists and / or the selections they played on record? I'm aware that Stephen Firth 'ran the label'. Did you have much to do with him?

[John Metcalfe] My job title was misleading. I'd always had an idea to do a classical label run by and for artists to have a say in their repertoire, design, the way they wanted to record etc and to do the more pop thing of getting the audience to identify more closely with the performer. I spoke to Bruce about it, he mentioned it to Tony who said that Alan Erasmus had had a similar idea a while ago but no one to implement it. Wilson gave me carte blanche to do the whole thing. I was a kid in a sweet shop. I chose the artists and with them organised the recordings, editing etc. It was important for the music to be 20th century with at least one British piece on each cd - the point being that you didn't have to have a world cup or a shit disco beat over the top or another bollocks version of Mozart's 'Eine Kleine Nachtmusik' to make excuses for classical music to an already patronized and assumed dumbed-down audience. Beyond that the musicians could do what they liked.

Tony gave the overall design to Peter Saville who then farmed out individual releases. The whole thing did look mighty cool. Some of the releases were true homegrown affairs (Kreisler + Duke) and the others were more usual set-ups with outside producers and engineers. I was proud of it - it was one of the first attempts at getting more control into the hands of the musicians and saying any one who wants to do it can.

Up to this point Stephen Firth had nothing to do with it. When he did appear one of the original concepts of developing just a handful of musicians disappeared as he bought in a raft of his own artists rather than building on existing momentum. Factory was beginning to go bust by this stage so I guess it made little difference in the end.

Was there anybody you wished had been on the label that you weren't able to get?

Were you aware of any backlash at what Factory were doing (and the way they were doing it) from the classical music 'establishment' (if there was such a thing in those days)? For example, the way in which Fac Classical packaged the music was to centre on the artist and not the composer, which was quite radical in those days.

If there was any antipathy in the industry I had no knowledge of it. The reviews in the classical press were all good and because I wasn't a suit going to conferences etc I remained blissfully unaware of any potential mumblings.

Was it a good feeling when there was a single (Facd 306 Glad Day) released given that it's virtually unheard of in classical circles? Not only that but it even had a dance mix!

I had very little to do with Factory by that stage so I never heard it. Was the remix any good?

The World Is in Heaven remix (7" dance version) is interesting with lush synths, stabs of samples, "wakka-wakka" guitars, a bit of house piano, sampled dialogue. Covers all bases really!

Thanks to John Metcalfe for answering the questions.