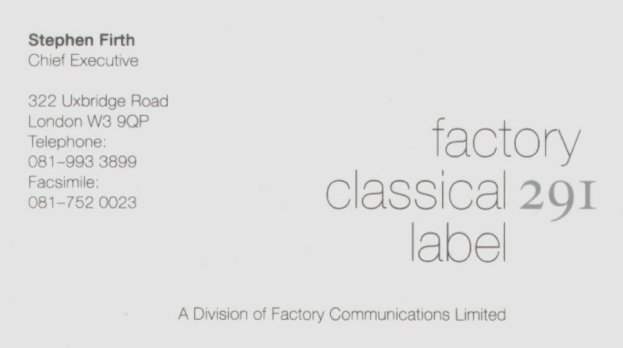 Compliments slips (see example above) were also produced though these don't bear the FAC 291 catalogue number. However, the year 1990 is clearly shown instead. Thanks again to Christopher Macadams for the scan.