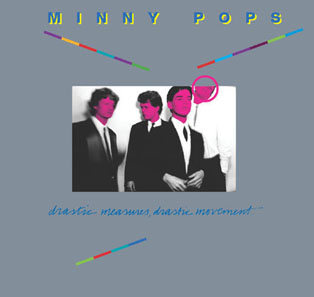 Drastic Measures, Drastic Movement by Minny Pops first appeared on the Dutch label Plurex in September 1979. It is now re-released as an enhanced CD including video by those nice people at LTM for the price of 10 UK pounds (LTMCD 2384). This album is "an uncompromising genre classic, the 13 track set mixes hard-edged electronica with modernist noise, and shares much in common with contemporaries Cabaret Voltaire, The Normal, Suicide and early Human League".

For full details on this and other releases visit LTM's official website. Most albums can be ordered direct from LTM ahead of the store release dates.

Many thanks to James Nice for info and media.