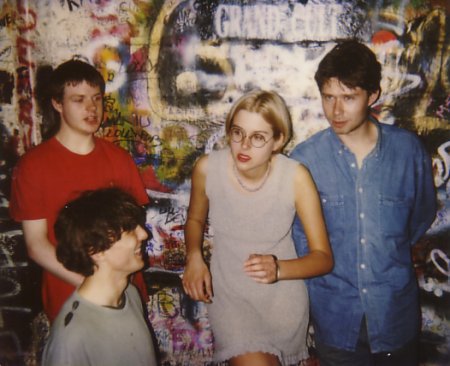 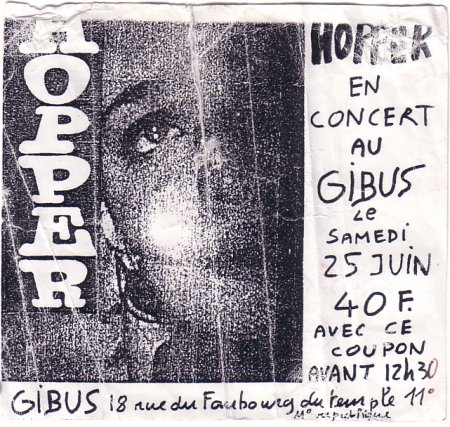 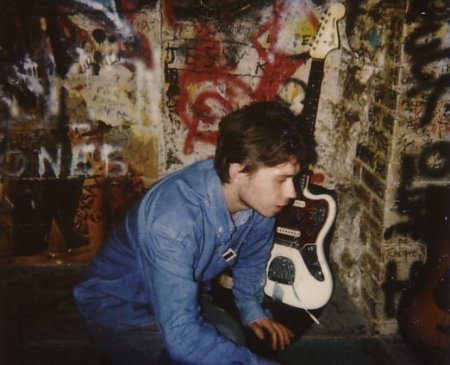 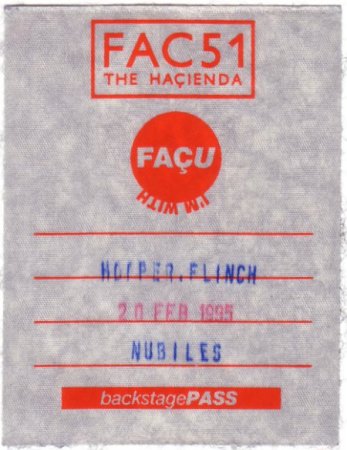 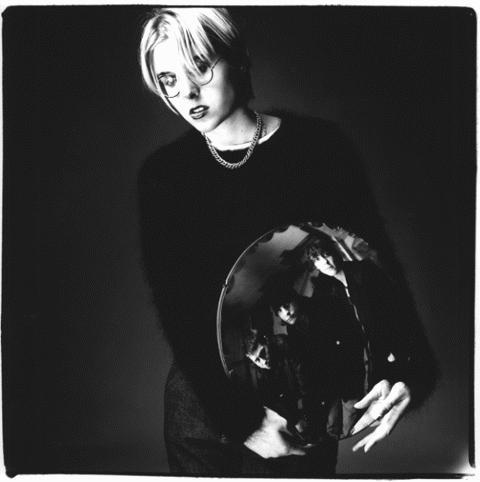 Rachel Morris (lead singer) and, in the mirror, the rest of Hopper [picture from the now defunct Factory Too website which may still be accessible via the Wayback Machine / Internet Archive] 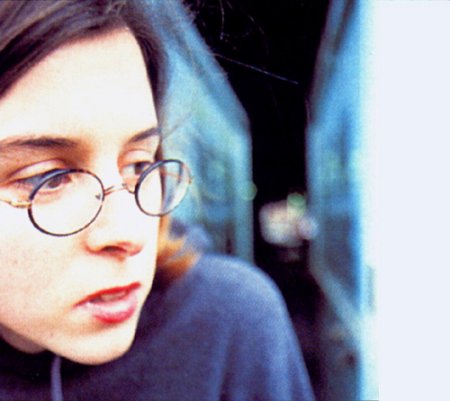 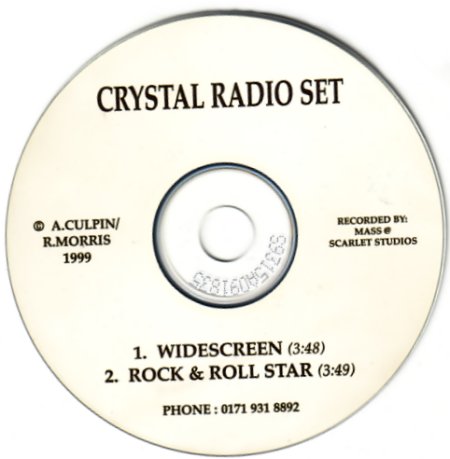 This short biography from 'The Great Alternative and Indie Discography' sets the scene: "The band met in London's Brain Club [er, actually they didn't - this was just a story Rachel used to tell people - they met at The Splash Club in Kings Cross, London.]. They signed to Damaged Goods in 1993 for whom they released the Hunter 7" single and the Baby Oil Applicator 10" album. The band were spotted by Tony Wilson at Factory Too and he signed them up."

The band released the album 'English and French' and several singles ('Wasted', 'Oh My Heartless', 'Bad Kid' and 'Ridiculous Day') to critical acclaim but not huge commercial success. Their cover artwork was by Ed Templeton who is also a professional skateboarder and runs the skate company Toy Machine as well as being an established artist on the Southern California scene. He actually won some well regarded art prize for the Bad Kid cover.

The now defunct Factory Too website (sometimes still accessible via the Internet Archive Wayback Machine) records that Hopper played the first rock gig at the Haçienda's new basement club the Fifth Man back in March 1997 followed by the Monarch in Camden Town ("It was a Camden Town duck") on the 14 June and the Splash Club in King's Cross on 30 June.

Their (provisional) gig list for the first part of 1997 read as follows:

Demos were recorded for a second Hopper album but the full album was never recorded.

After Hopper, Rachel wrote some songs with Alex from another band called Tiny Monroe and they called themselves Crystal Radio Set. A 2-track cd was recorded in 1999 but it wasn't released and they didn't gig. The tracks were Widescreen (3:48) and Rock & Roll Star (3:49) and were recorded by Mass at Scarlet Studios.

After that, Rachel worked on recordings with Miles Landesman which were funded by Joe Corre of Agent Provocateur. Joe, who is Vivienne Westwood's son, funded recordings with the intention of setting up a record label. They did a lot of tracks (which have yet to see the light of day) but it was "an unlikely partnership". Rachel now lives in London and records under the name Rachel Kyriaki.

Where are they now?

Chris Bowers is still in London and was in Bernard Butler's band for a while. Paul Shepherd is now living in Tonypandy, Wales in the valleys in the place where he was born. Matt Alexander is living in Australia.

Many thanks to Rachel for her help with the biography and to Cédric for the second photo of Rachel. 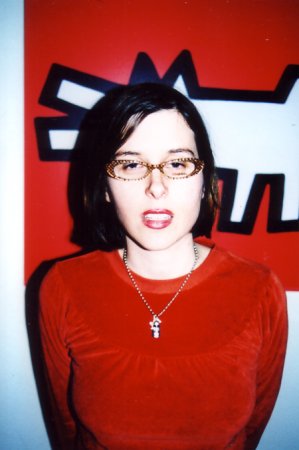 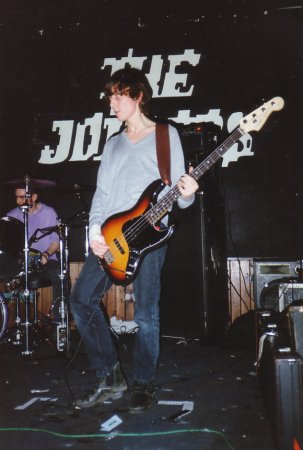 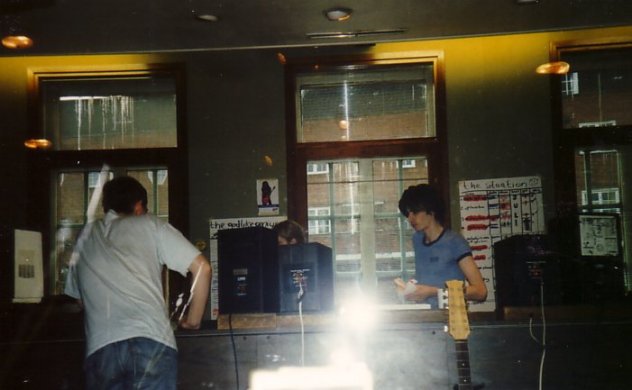 Bernard Butler, producer of Hopper's album English and French, in the studio eating a sandwich 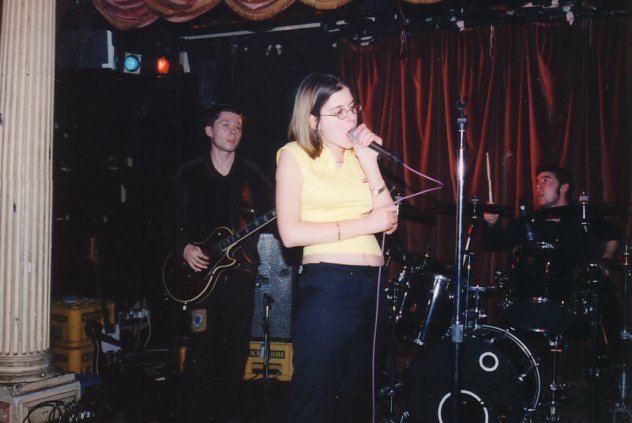