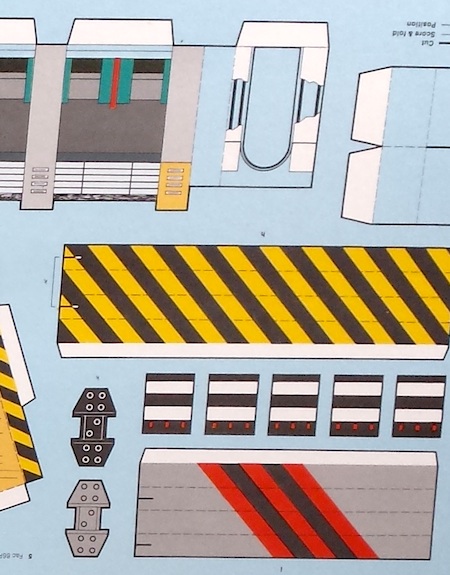 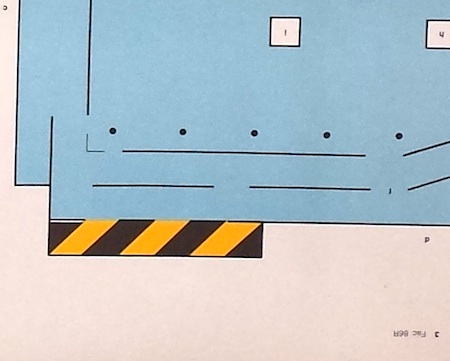 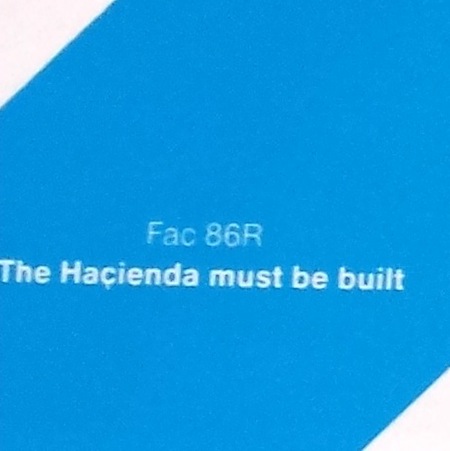 The Hacienda model kit was originally Factory's 1983 Christmas present and was designed by Trevor Johnson. (Edition of 400; 300 mailed out.) It takes the form of 5 A4 cardboard pieces, that when cut out and assembled make a model of the Hacienda. The set comes with a black & white banderole ('obi') saying 'The Hacienda Must Be Built' and a Christmas message (most signed by Factory staff); packed in a cardboard envelope.

In 1990 the model was reprinted as FAC 86R (edition of 500, this version), with the banderole now being blue and white and missing the Christmas message. FAC 86R was sold at FAC 281 The Area.

FAC 86 was initially allocated to a Stockholm Monsters 7" Shake It To The Bank which was unreleased.

With thanks to Mark @ The Record Peddler for imagery. 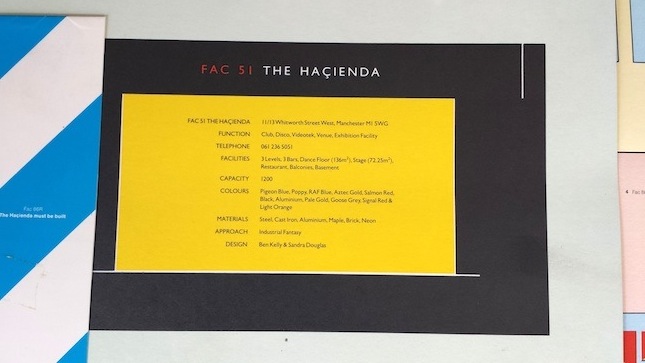 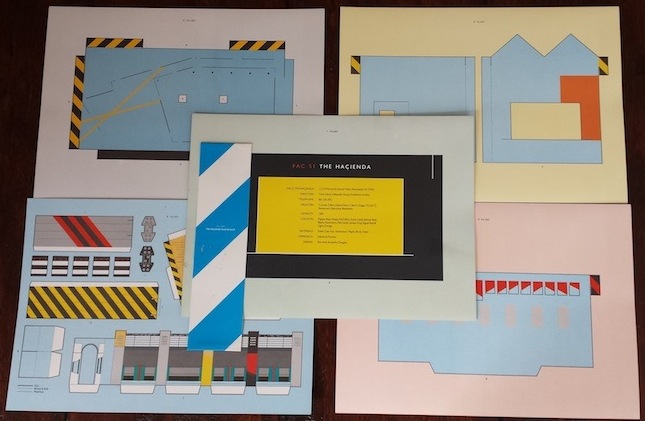