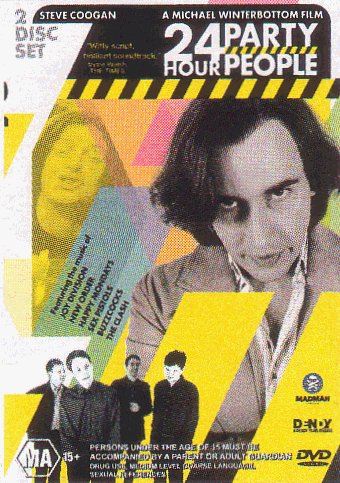 24 Hour Party People finally gets released on DVD in Australia on 13 August 2003 courtesy of Madman Cinema. It is a 2-disc set which looks to be much the same as the UK edition. 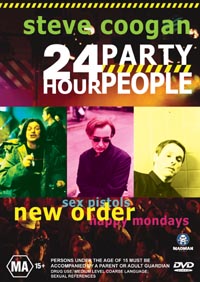 Buy this dvd direct from the AV Channel

Thanks to Dennis for the info.