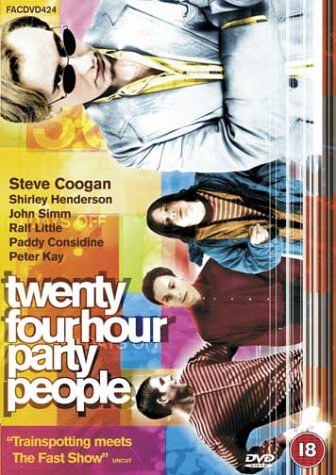 The full UK retail DVD was released on 27 January 2003. The regular retail edition features artwork by The Creative Partnership in London but contains exactly the same discs as the rarer HMV limited edition version. This is a double dvd set (catalogue number FACDVD 424) and features audio commentary from Tony Wilson, another commentary with Steve Coogan / producer Andrew Eaton and a third one with Factory band stars Rowetta (Happy Mondays), Hooky (New Order), Martin Moscrop (A Certain Ratio), Bruce Mitchell (Durutti Column) plus the journalist Miranda Sawyer (who curated the 'Pop' cd from NewOrder Retro, Bobby Langley (ex-Hacienda DJ who bought the Hacienda DJ booth when it was auctioned off) and Leroy Richardson (ex-manager of the Hacienda).

Also features the Peter Saville Gallery which includes the man himself in conversation with Tony Wilson discussing some of the designs Saville has done for Factory Records. This is similar to one of those picture galleries which are quite common these days but with the added bonus of an audio soundtrack