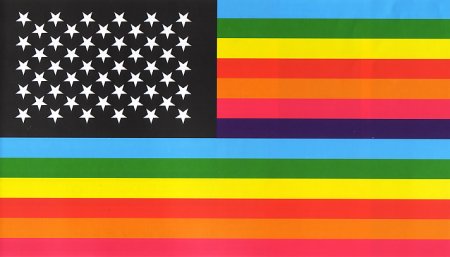 Anthony Wilson on why working with Peter Saville is never dull

Seen the exhibition, read the book, got the T-shirt

Well, that's a lie. I haven't seen the exhibition. I've scanned the book, just for the colours (Peter has such a sense of colour) but I do have the T-shirts. Lots of them, piled on two thick MDF shelves, done in Ben Kelly pigeon blue as it happens (Ben is more limited with colours but Pale Blue Eyes and International Orange do fine for a limited palette).

The T-shirts include that now-ragged New Order in USA rainbow-style Stars and Stripes. Oh how we laughed, that day at Real World Studios, when Peter pulled our his big idea for the New Order Technique sleeve; a Rileyesque rainbow; just fab and always worth waiting for... except... except. "Had Peter seen the full page ad for the new Pet Shop Boys album?" Someone pulled out a copy and opened it at the appropriate page. Fuck.

Maybe that's why Peter sometimes calls Mark Farrow "the apprentice": 'cause Mark manages to piss him off? Wonder if the exhibition pissed off Mark? That ad was one up to the Pet Shops but it will never salve the pain of New Order beating them to Blue Monday.

And since this is masquerading as a review of the book of the Show, congrats to whoever for not presenting the covers as flat graphic art but allowing the objects to sit on the page as objects. Don't know how you did that but thank you.

No World in Motion T-shirt. Shame that; I've got half a dozen kid's sizes in my loft. And the unpleasant memories. The only time Peter and I really fell out. It was the height of T-shirt mania; 1990 and all that. We were doing the World Cup song and I thought I'd given Peter the idea for a globe created out of the panels of a football. And we fell out over royalties. Forget that, we fell out over potential royalties. As a company and person who never made a single penny out of T-shirts or merchandising (and Peter is a similar person, I presume) it was madness. And it lasted a while; six months of divorce. Unbearable.

Not to be able to call Peter and talk... just talk. And that's my review of the exhibition I haven't seen. It doesn't tell the story. Yes, the typography is a constant tilt at perfection; the placing of objects within a frame is supernatural and that sense of colour... But you need to talk to Peter to understand why Renaissance Popes would have employed him and never counted the cost. He is an analyst of culture and his own life that has no peer.

My Peter Saville exhibition, my Peter Saville book is an hour and a half sitting in his "Braun shaver" (Peter is the only person who gives aesthetic value and meaning to BMWs) in the early hours of a Soho morning. Discussing Laurenisation, or the glamour of perversion, or the absence of maturity in himself or his friends. And it's value.

That's what he's best at. Thinking. The perfection of his commercial art is merely an expression of his expression. Put simply, any company on earth should find 200G a year to pay Peter. To have him around. To make their life a better place.

Monsieur Arnaud should get a life in fact. Peter was taken to Paris a few years back to perhaps renew a brand. Great meeting but near the end Monsiuer Arnaud made a point and Peter begged to differ. Those present took a deep intake of breath. No-one differs with the boss, no-one even begs to differ. No-one had told Peter, not that Peter would have cared if they had. Not that he really begged. 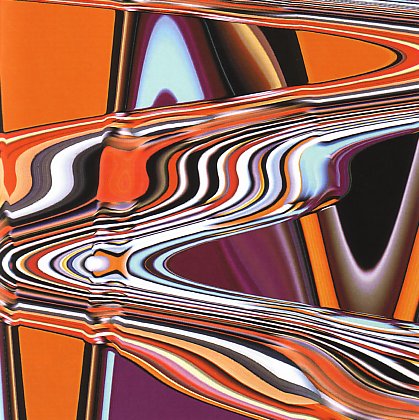 Back to the book and again I am forced to mention the colours; the glowing sense of yellow which began our life together through to the wastebasket polychromatic spillages of our boys' late life.

So I marvel at the colours and fail to read the text. Except Morley's essay of course. The writer of his image on the designer of his age. Who could miss it? Paul's musing on the definite article (the importance of its absence in Peter's best projects) and his Citizen Kane analogy are vital additions to the understanding of the Saville project.

One puzzle; the Fac 4, the Factory club poster for December 1978. It's in the book. And for the life of me I don't understand what it's doing there. Because I designed it. Or rather I got a Salford typesetter to do it for me...

It was the first and last time I got so impatient with Peter ("there's commercial art, which you will have to correct every two years... and then there's what I do... which will never need correcting," he said of the Hacienda Fac 51 logo / credit card, "... and that takes as long as it takes...")

So the first poster had been late, the record sleeve OK, the next poster - the perfectly set centre Joy Division gig poster - just a little late, then nothing on the December gigs. I gave up and went to the typesetter and just asked for white out of black... and had it set left and ranged right. I have always hated it, always loathed Fac 4 for the piece of shit it is, so uncouth beside Fac 3, the perfect serif type reappropriation of the Hoffman Laroche catalogue from 1965. Please note the Emmy that Val Pye and Granada won for the graphics for Brideshead Revisited. Not a surprise that Brideshead and Factory both came out of the same Didsbury flat at exactly the same time.

And I never did it again. Never tried to copy Peter when deadlines died on me. 'Cause it was so bad. And Peter and his curators forgot this story and presumed it's part of the PS opus and there it is in the book. Not flattered. Embarrassed.

Peter doesn't even remember, but then if you're Peter why should you? After all this is, in my daughter's graphic description, "man in dressing gown with phone".

And that's why you must buy this book. To see the man in the dressing gown. Great photo that.

And drown in Peter's colours.

Anthony Wilson is a broadcaster and founder of Factory Records. Designed by Peter Saville is published by Frieze, £19.95. The Peter Saville Show is at the Design Museum, London SE1 until 14 September 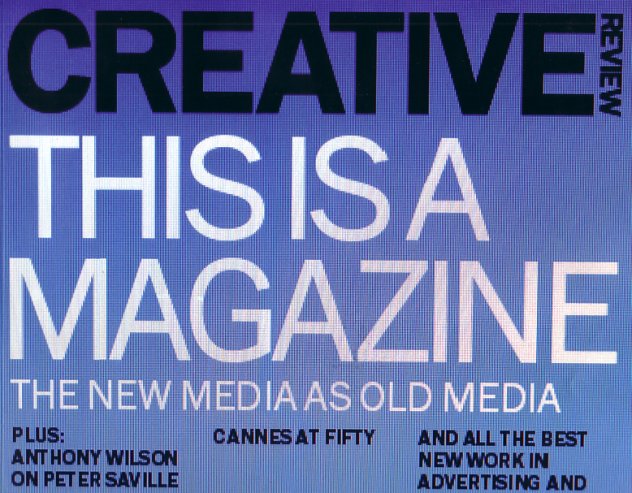