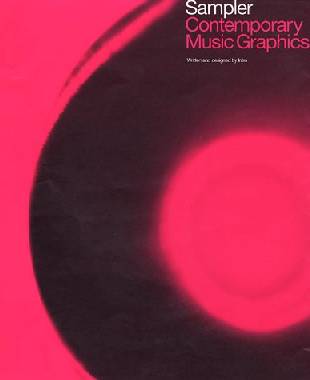 "I said to myself when I was 28 that this was not a job to be doing in your thirties, and certainly not in your forties"; Peter Saville, interview in Design Week, 1998

As the seventies morphed into the eighties, sleeve design reflected the great cultural and political changes ushered in by the 'greed is good' decade. The naive idealism that had always been a part of the record industry finally died and there was no longer any room for the intuitive approach to sleeve design: it was the era of branding and marketing and records were no longer designed, they were 'packaged'. At the same time, a new generation of English designers emerged. They distinguished themselves from their predecessors by their immersion in the principles of modernist European design and typography - some of them were the disciples of Herbert Spencer and Jan Tschichold and they took an interest in, and derived inspiration from, cultural and artistic movements other than pop culture. The leading figures were Malcolm Garrett, Neville Brody, Vaughan Oliver and Peter Saville. This quartet represented a new generation of art school-trained designers and perhaps for the first time formal graphic design thinking exerted a sustained and discernible effect on sleeve design. Each of these`figures made substantial contributions to the history of sleeve design - two of them (Oliver and Saville) still do.

Brody's involvement in the record industry was the most short-lived of the four and by the mid-eighties he had abandoned record covers in favour of magazines, where his contribution has been justly lauded. But his early eighties sleeves for Cabaret Voltaire, 23 Skidoo, and his work for Fetish Records, helped define eighties graphic style almost as much as his magazine work. Brody is on record as saying how lucky he was to have enjoyed the freedom afforded by sleeve design at a critical stage in his development as a graphic designer.

After art school in Manchester, Malcolm Garrett designed punk sleeves. His work for the Buzzcocks is only slightly less celebrated than Jamie Reid's work for the Sex Pistols. Later, Garrett formed Assorted Images where his highprofile work for prototypical eighties groups Culture Club, Duran Duran and Simple Minds helped turn his company into a sort of renegade version of the many burgeoning design consultancies forged in the white heat of the eighties financial boom. These companies experienced meteoric growth - unknown to previous generations of designers - and in order to serve their masters in the yuppie industries of financial services, property and retai, they developed elaborate and sophisticated design philosophies and practices which appealed greatly to the corporate eighties mentality. Garrett mimicked these Porsche-era designer pieties and applied them - with added panache - to the sleeves he designed. He gave pop groups corporate identities and packaged them like branded products. But he did it with charm and an innate irreverence unthinkable amongst the design consultants whose ideas he subtly subverted. The record companies loved it and flocked to his door.

Vaughan Oliver started his working life at one of the eighties most famous and audacious design groups - Michael Peters. He didn't stay long, and it seems unlikely that a designer with Oliver's visionary qualities would have found fulfilment in mainstream design practice. Almost inevitably it was to sleeve design that he turned. A chance meeting with Ivo Watts-Russell, the founder of 4AD, an outré and idiosyncratic record label, resulted in the establishment of one of the most successful and enduring client/designer relationships in modern graphic design (although the relationship has now ended with Oliver severing his ties with the label). At 4AD, Oliver found the freedom to pursue his interest in arcane and often menacing imagery. His work refuses categorization; a skein of influences combine to create a poetic visual world that barely qualifies as graphic design. By far the least conventional of the eighties big four, Oliver has rarely strayed from sleeve design. He continues to produce work of enigmatic beauty; his sleeve for Icelandic band GusGus' Polydistortion (4AD, 1997), designed with Chris Bigg, reveals his astute handling of type and image, and his assured art direction.

Despite his protestations that he is too old for sleeve design, Peter Saville continues to design record covers for a diverse group of musicians and bands; Suede, Goldie and Pulp are recent clients. He trained in Manchester with Malcolm Garrett, and found an intelligent and brave patron in Tony Wilson, founder of the Factory label.The rise and fall of Factory is well documented, but while the label thrived it gave Saville the opportunity to create a body of work that was to become as celebrated as that of any sleeve designer in the shod history of the record industry.

The most lasting achievement of Saville's Factory sleeves is that they prompted a generation to regard graphic design, for perhaps the first time, as an activity worthy of the same respect accorded to the music. Prior to Saville, it might be guessed that music fans responded to the sensationalism of sleeve design: post-Saville this was to change. Graphic design ceased to become an invisible art: it became cool; 'typography became cool. white space became cool; pictorial restraint became cool. And it is surely no exaggeration to suggest that Saville almost single-handedly inspired a generation of wan youths, eager to acquire his eloquent powers of expression and clutching copies of Joy Division's Closer (Factory, 1980) and New Order's Power, Corruption & Lies (Factory, 1983), to fill up the art schools of Britain.

Saville still produces sleeve designs of breathtaking assurance. He surrounds himself - much as Hipgnosis did before him - with the best photographers, digital retouchers and technicians, yet his work continues to display his unique louche genius and keen visual intelligence. Saville's work has always attracted the art world, quick to recognize that his inspired appropriation of imagery was akin to techniques used by artists working in the more rarified world of fine art. Yet, such is the level of craft, especially typographic craft, which Saville brings to his work, he also appeals strongly to the traditionalists of graphic design. Indeed to such a degree that he was invited in the early nineties to join Pentagram, the venerable British design company founded in the sixties, and still today retaining a romantic aura of typographic craft and traditional design practices. The liaison did not work and Saville returned to being his own master: the Peter Pan of sleeve design, he remains perennially fresh and on the beat.

Elsewhere another trend was emerging. On both sides of the Atlantic, music and fashion embraced with an intensity not seen before, and eighties sleeves revealed the cosmetic alchemy of the stylist, the make-up artist and the hairdresser. Fashion photographers Herb Ritts, Annie Leibovitz and Steven Meisel, switched effortlessly from the pages of Vogue to the album covers of Madonna and Cyndi Lauper, although perhaps the era is best defined by the partnership of photographer Jean-Paul Goude and singer Grace Jones a potent melding of rock chic with the catwalk. The record companies pushed this trend in sleeve design with particular gusto in order to capitalize on the plethora of media outlets that opened up during the eighties - the glossy magazines and the arrival of MTV. And in due course the all-pervading pop video - the sine qua non of eighties record companies - came to supplant the album cover as the most important visual platform for the record industry.

Before the end of the decade, another figure emerged who was to make an important contribution to the subject. Mark Farrow's sleeve designs for the Pet Shop Boys ushered in an era of refinement and minimalism somewhat at odds with the prevailing design trends of the time. Farrow was assisted in his pursuit of graphic purity by the Pet Shop Boys themselves, who in common with a new generation of savvy musicians and managers, insisted on clauses in their contracts which gave them control over the design of their sleeves. It is a development that has almost single handedly prevented sleeve design from atrophying, and while it cannot be said to always guarantee brilliant design, it at least allows for distinctive and rebellious sleeve art to bubble to the surface. Although there are numerous examples of fruitful partnerships between designers and musicians - Me Company and Bjork; Stylo Rouge and their early work for Blur - nowhere is this alliance of disciplines better illustrated than in the prolific relationship between Mark Farrow and the Pet Shop Boys.

Farrow remains a potent and influential force in the nineties. His beguiling parody of medicine packaging for Ladies and Gentleman We Are Floating in Space by Spiritualized (Dedicated, 1997) represents a return to the days of grandiose packaging not seen since the pre-punk era. But Farrow represents only one strand of design thinking in the pluralistic nineties. As we have seen, the new hard line adopted by the record industry stands in marked contrast to their previously sympathetic approach, and as we have also seen, the sleeve designers of the past two or three decades operated in an atmosphere of encouragement and acceptance, very different from the conditions that pertain today. Yet if we examine the microclimate in which intelligent sleeve design currently exists it is clear that it is refusing to die. Despite the loss of the vinyl sleeve, despite the rise of the music video, despite the record companies' reliance on Spice Girls-type disposability, and despite the uncertainty coursing through the industry, sleeve design remains alive and oddly vibrant.