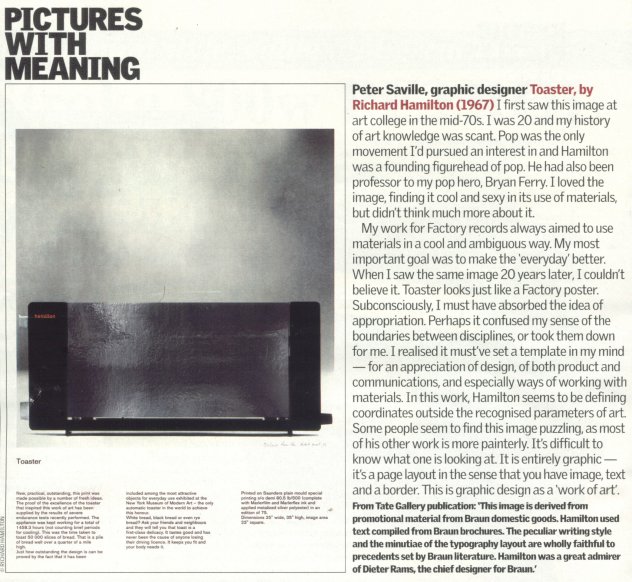 From the Guardian newspaper, Saturday 4 September 2004

In this extract, Peter Saville explains how Toaster influenced his work for Factory:

Peter Saville, graphic designer Toaster, by Richard Hamilton (1967) "My work for Factory records always aimed to use materials in a cool and ambiguous way. My most important goal was to make the 'everyday' better. When I saw the same image 20 years later, I couldn't believe it. Toaster looks just like a Factory poster. Subconsciously, I must have absorbed the idea of appropriation. Perhaps it confused my sense of the boundaries between disciplines, or took them down for me."

Thanks to Moist and C.