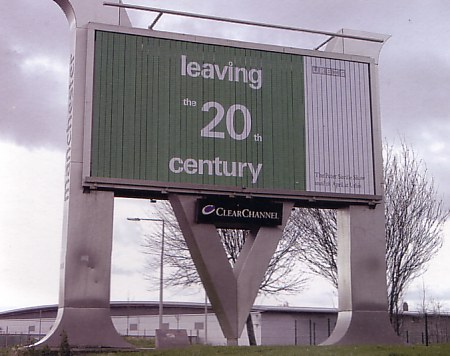 An excerpt from this article which appeared in the May 2004 issue of Grafik magazine.

Twenty-five years after he first left his home town to seek fame and fortune in London, Peter Saville is back - this time he's being welcomed with open arms as the new creative director of Manchester. But can the city ever really regain the excitement of the Factory era? Caroline Roberts finds out more.