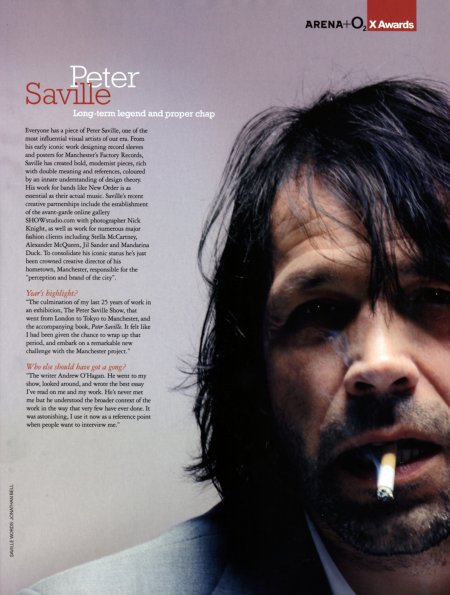 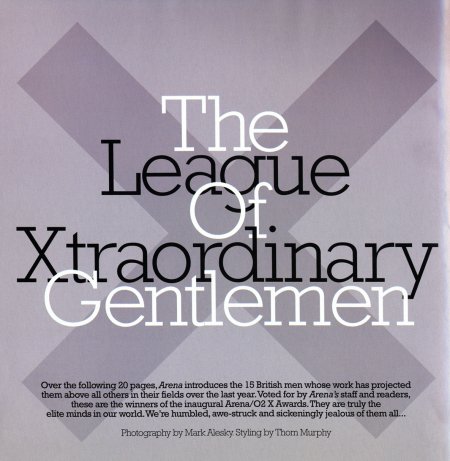 Peter Saville was chosen by Arena magazine as one of the 15 British men whose work has projected them above all others in their fields over the last year. Voted for by Arena's staff and readers, these are the winners of the inaugural Arena / O2 X Awards.

[Arena] Year's highlight? [Peter Saville] "The culmination of my last 25 years of work in an exhibition, The Peter Saville Show, that went from London to Tokyo to Manchester, and the accompanying book, Peter Saville. It felt like I had been given the chance to wrap up that period, and embark on a remarkable new challenge with the Manchester project."

Who else should have got a gong? "The writer Andrew O'Hagan. He went to my show, looked around, and wrote the best essay I've read on me and my work. He's never me me but he understood the broader context of the work in the way that very few have ever done. It was astonishing. I use it now as a reference point when people want to interview me."

Thanks to OMNY for media.