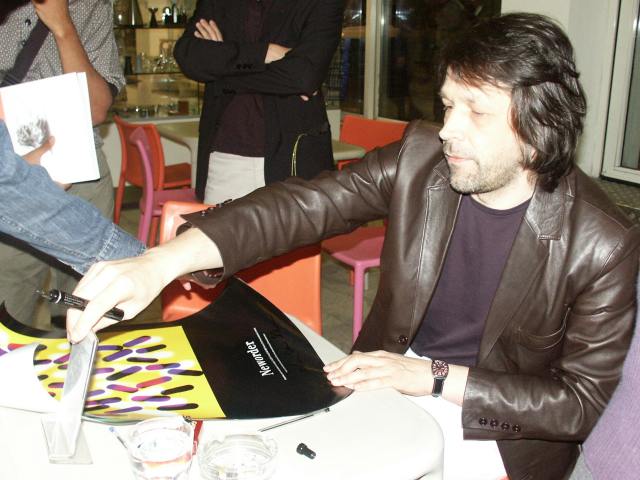 The Design Museum in London played host to a talk (the second) by Peter Saville on 3 September 2003. It took the form of a 90 minute question and answer session. Afterwards he patiently signed everyone's books, records, posters, records and chatted happily for about another 45 minutes.

A good experience working for Nick Serota, the head of the Gallery, designing their new identity. He was a demanding but intelligent man. The Gallery was closed for a year which "just enough time for me to get out a letterhead!". The key element of this commission was Saville's realisation that he could omit the words 'Art Gallery' from the identity, leaving 'Whitechapel'.

Like New Order, "he ignores the constraints of profitability." Saville worked on designing advertising campaigns for Yohji Yamamoto. They didn't even include pictures of the clothes!

During the nineties, Saville had to meet professionalism head on. And he didn't like it! One of the contributory factors to the end of his brief liaison with Pentagram was his legendary refusal to work normal hours. He admitted that he learned good lessons at Pentagram but also that he dislikes 'design by the metre' and has a problem with dressing things up as something they are not.

New Order stand alone in the way he has worked with musicians. When they were Joy Division, Saville said that Ian Curtis as lead singer and songwriter would take the lead in deciding what artwork was used. After Ian's death, in the early days of New Order, the band was a three-person democracy (and with the arrival of Gillian Gilbert a four-person democracy). Saville says that New Order "disagreed for fun". Meetings to decide what artwork would be used were an interesting exercise in dysfunctionalism. When being commissioned for a new single or album cover, he would ask the band whether they had a title. The reply would be "Don't be stupid!". He would ask them what colour they would like and someone would say "red" so someone else would say "blue", not because they preferred that colour but just to disagree. So he would produce his designs without knowing the title or in most cases having heard any of the music. Of course, there is Saville's legendary tardiness when it comes to completing work. New Order covers would be completed "when the paper was taken away from him".

Back in 1978 the general standard of typography in the printed medium was uninspiring to say the least. Peter Saville cared about how type looked though he maintains that he never learned how to do it properly. The late Trevor Key letrasetted the words onto the back cover of Tubular Bells by Mike Oldfield which was the first release on Virgin Records. He did this, acccording to Peter, because he didn't know any better or that the same work could be done by a typesetter. Nowadays Saville is a bit perturbed by the "spooky type obsessives" he encounters. 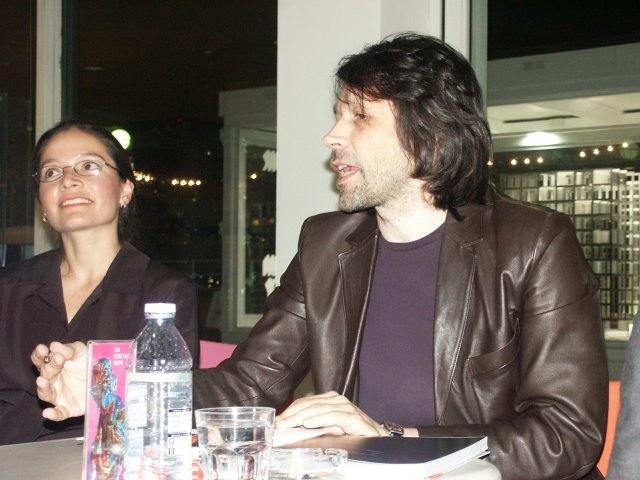 In the seventies, Saville thought that Manchester looked bloody awful from a designer's point of view. He knew that it could look much better. Skipping forward to the present day he recalled how he went for an espresso on Deansgate in Manchester. He looked down the street and could just see loads of other coffee bars! That, and police constables in bullet-proof vests. How times have changed! 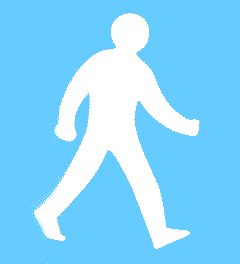 The band were talented and had much money invested in them. Saville designed their covers (the one with the walking man pedestrian logo). They didn't enjoy the success they perhaps deserved and were quickly dropped. This illustrates what Saville calls 'Spice Girls Syndrome'. There is no room for failure in the modern music market. There was a time when a band like Gay Dad would have been given a second chance, but not any more. Talking about whether he would design covers for any more bands, Saville said that he could do Kraftwerk but not the White Stripes. Because "he knows" Kraftwerk. However, he admitted that no-one has phoned him up about new work since March.

The Barbican, Selfridges and establishment cherry-picking

Saville was commissioned to help the Barbican Centre redesign their corporate identity. He says they should have had a communications department and not a marketing department. The marketing department had a breakdown of the target demographics they wanted to attract to the Barbican which included "arty types"! He says his remit as a consultant for Selfridges was more satisfying and that he would turn up and offer comments on the Selfridges images in a relaxed atmosphere with people he could relate to. 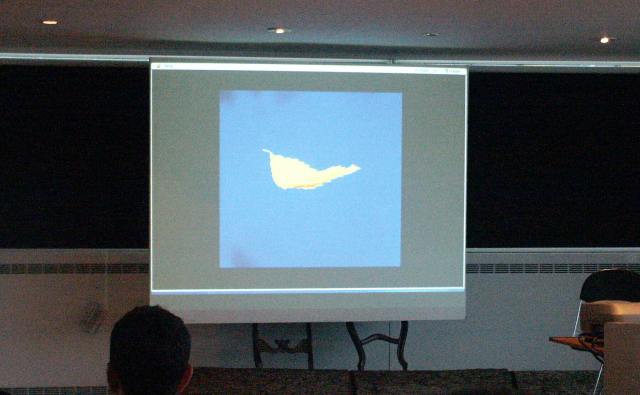